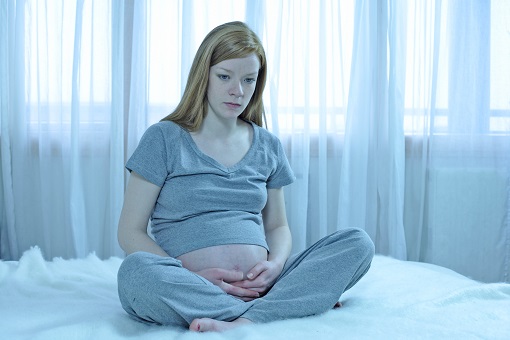 The Centers for Disease Control and Prevention (CDC) released a new report, revealing that teen pregnancy numbers are falling, but concerns remain despite the drop. Numbers from 2012 show that the rate of births to teenage girls aged between 15 and 17 declined by 63 percent, from 38.6 births per 1,000 girls in 1991 to 14.1 births per 1,000 in 2012.

The CDC states that younger teens still make up for 25 percent of all teen pregnancies, resulting into 86,500 births every year and earlier and proper sex education could help lower the number of teen pregnancies. Ileana Arias, principal deputy director of the CDC, says, “The noted declines in birth rates to teens is good news; however, we cannot be satisfied with these results. We need to continue to make progress in reducing the public health burden related to young teen pregnancies. They still make up for one in four births.”

Arias’ concern is also related to the sacrifices that a teenage pregnancy comes with and says, “The teenage years are critical to a young girl and pregnancy puts things like school or college on hold. She could jeopardize her entire future. Young fathers may also need to adjust their future plans.”

In an interview, 83 percent of teenage girls said they were sexually experienced, yet sex education followed after their first sexual encounter. Additionally, only 4 in 10 teenagers received information about birth control and how to say no to sex. As teenage pregnancy remains to be a concern for health experts despite its falling numbers, they advise parents and schools to educate young teens about sex and birth control earlier.

The new teenage pregnancy numbers show a disparity among states and racial groups. In New Hampshire, 6 in 1,000 teenage girls have given birth, while in Texas and New Mexico these rates were as high as 25 in 1,000 teens. Birth rates were also higher for Hispanic, African-American and American Indian teenagers.

According to the National Institutes of Health, pregnant teens are at higher risk of medical complications than women above the age of 20. Babies, who are born to teenage girls, are more prone to low birth weight, inadequate fetal growth and prematurity. Health experts believe this is caused by a lack of understanding about the prenatal care, essential for a healthy pregnancy and the emotional turmoil does not aid the situation.

Lee Warner, a CDC researcher, says, “Studies have shown that teenagers who speak with their parents about sex and how to prevent pregnancy, begin to have sex at an older age. They will also more likely use a condom and birth control when they do have sex.” According to the CDC, health experts, schools and parents are missing an opportunity to deliver prevention messages and they should remain concerned despite the falling numbers in teenage pregnancies.