The Other Woman Just a Remake of John Tucker Must Die? 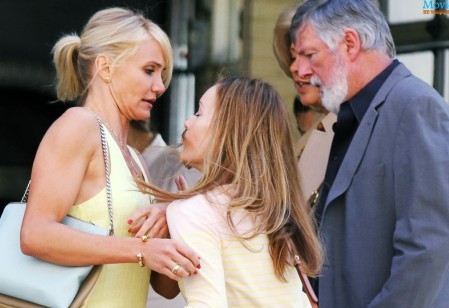 Admittedly, the trailers and teasers for The Other Woman looked pretty funny until it became apparent that it was a remake of the 2006 teen comedy John Tucker Must Die, sans Jesse Metcalfe. Looking at the trailers, which crop up regularly on TV, it really does look like the high school comedy but in higher heels.

Granted, Cameron Diaz, besides being the most down to earth “sex symbol” in the world, is one of Hollywood’s most adept screen comedic actresses. Her timing is impeccable and that infectious grin makes us truly love her in whatever role she fills.

The “John Tucker Must Die” connection was made when the trailer focussed upon “love cheat” Nikolaj Coster-Waldau’s character and his being introduced to hormone tablets which gave him sensitive “breasts.” Immediately it was like dancing the Time Warp and seeing the first film where the girls also loaded love cheat Tucker up with female hormones in one of the funnier scenes in the film.

The Other Woman may simply be borrowing the same plot device from the earlier film, but, the overall story seems pretty similar, even without the hormones. Courtesy of IMDb, here is the overall plot of the film.

Carly Whitten (Cameron Diaz) finds that her boyfriend Mark King (played by Nikolaj Coster-Waldau) is really married to Kate King (Leslie Mann) and that he’s also having an affair with another woman, Lydia (played by Nicki Minaj). So far so like John Tucker Must Die. Except, of course, Tucker is a high school student and not married to anyone.

The three women, just like the high school romantic comedy, gang up on Mark to exact revenge. This film does seem to contain an element of slapstick that is missing in the original. At least one viewer has stated that women in the audience really seemed to enjoy the film and its message of humorous revenge.

Sadly, it was done before with a sterling cast of younger actors. Brittany Snow, Ashanti, Arielle Kebbel, Sophia Bush and featuring Jenny McCarthy in a cameo as Snow’s mother. It was funny, touching, and it showed that Metcalfe could do comedy.

Early reports on the grown up remake, state that Upton may not be ready to win any awards just yet for her acting skills. But she is trying to be judged on her performing merits and not those two assets for which she’s already famous.

At least one reviewer has noticed that the Cameron, Mann vehicle is a remake, although they felt it was a remake of Bridesmaids. Not having seen that film, it would be hard to agree or even disagree. Yet, the film, from the outside looking in, does appear to be a remake of John Tucker Must Die. Although the movies seems to be all about the empowerment of women against cheating cads, which again, sounds an awful lot like the former high school romcom. The Other Woman opened Friday in theatres across the country.