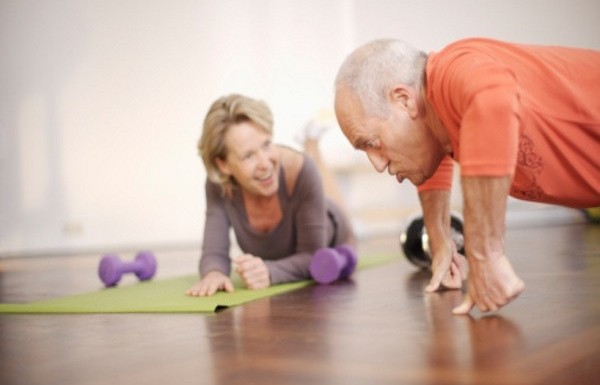 Yesterday, a Swedish study was presented at the World Congress on Osteoporosis, Osteoarthritis and Musculoskeletal Diseases that showed long-term, vitamin D deficiency increases bone fracture risk in older women over a 10-year period. Although previous studies had shown some correlation between vitamin D intake and decreased risk of falls that leads to less risks of bone fractures, an earlier review of a few hundred studies and meta-analyses from the British Medical Journal showed otherwise.

What the Swedes study found

The Swedish study consisted of 1,044 Swedish women who are were at age 75. At the 5-year follow-up, only 715 returned for the study. Serum vitamin D levels (25-hyroxyvitamin D) were measured and fracture data was gathered through X-rays. The results showed that there were lower incidences of hip fractures within a 10-year period for those women who had adequate or high levels of vitamin D and were able to maintain this level for five years. The percentage of fracture incidences were about 26 to 30 among the high and intermediate levels while the lower vitamin D concentration group had about 45 percent.

Kristina Akesson, Ph.D, Chair of the IOF Capture the Fracture Campaign from the Clinical and Molecular Osteoporosis Research Unit at Lund University said that the study concludes that in the elderly women in this sample population, vitamin D deficiency “sustained over 5-years was associated with increased 10-year risk of osteoporotic fracture.” She added that this research should support the fact that elderly women should take more vitamin D supplementation to reduce the risk of falls and fracture risks with a daily intake of 800 to 1,000 IU/day. The simple and low-cost health measure could significantly benefit those with osteoporotic fractures.

Correlation does not always imply causation: This well-known quote is often taught in elementary statistics to warn researchers and consumers about the fallacy of finding patterns when there may be none or obscured by another cause. The vitamin D efficacy debate is one such example. As in this case of the Swedish study, one study often does not make a valid conclusion to a claim, even if there is a strong correlation present and is statistically significant. On April 1, 2014, the British Medical Journal published a review of a few hundred studies of vitamin D and its effects on various diseases, such as cancer and cardiovascular disease. These studies included observational studies, randomized clinical trials, and meta-analyses, which were analyzed for consistency, level of bias, and quality of research and experimental setup.

Among the observational studies, there were only six of the 76 unique outcomes that had a strong correlation between vitamin D intake and reduction rate of these outcomes. One of these outcomes was the risk of falls and bone fractures, in which the studies claimed that vitamin D deficiency can increase the risk of the outcome. However, the rest of the outcomes and studies “were inconclusive or insufficient to draw any firm conclusions, and 17 (22 percent) found that an inverse association was possible or suggestive.”

Among randomized controlled trials, researchers reviewed 30 studies that examined falls, non-specific fractures, hip fractures, non-vertebral fractures, rate of falls, and mortality. About half of these outcomes showed an agreement in “the direction, magnitude, and statistical significance of the effect,” while 14 of these meta-analyses showed differences in the three variables, contradicting the other half. Thus, the researchers of this huge review found very little solid consistency or support with the argument that long-term vitamin D deficiency can increase the risk of bone fractures and falls. Researchers also found significant amount of bias within the studies and meta-analyses of fractures and vitamin D dosage.

In an editorial that followed-up with the British Medical Journal studies, Dr. Paul Welsh and Dr. Naveed Sattar from the Glasgow University’s British Heart Foundation Research Centre wrote that it is best to use what is already proven to maintain better overall health: Making better lifestyle changes, including exercise. Numerous studies and meta-analyses had already provided strong evidence that exercise — including aerobics and resistance training — improve bone density and reduce the risk of falls significantly. A systematic review and meta-analysis published in the October 2013 issue of Osteoporosis International showed that among the 10 controlled exercise trials reviewed, 36 subjects out 754 had bone fractures in the exercise group while the 73 out of 670 subjects had suffered bone fractures in the control group. Even with the amount of evidence that exercise can reduce the risk of bone fractures, researchers concluded that “the possibility of publication bias weakens our result and demonstrates the imperative for large exercise studies with dedicated exercise protocols that focus on fractures as a primary endpoint.”

Why is it so confusing?

Conflicting data and interpretation can be a hair-pulling experience, but this is how science works. “Science is the only way to correct for our errors of perception and of attribution. It is the only way to make sure we are not fooling ourselves,” wrote Dr. Harriet Hall, M.D., who is one of the editors of Science-Based Medicine. Some observations made in studies and treatments of a disease or injury can be biased and distorted, leading to “a false assumption that temporal correlation meant causation.” This is why critical thinking and questioning murky claims can help minimize the risk of such fallacy.

“There will always be contraindicating studies on nutrition. It is not black and white ever,” stated Angelique Crandall, M.S., R.D., in an email interview, who is practices  in Albuquerque, New Mexico. “There are way too many variables to control for and genetic, epigenetic and lifestyle factors involved. All we can do with these studies is draw conclusions about starting points or possible therapies that may or may not be beneficial to our patients in general based on XYZ.” There is no one-size-fits-all recommendations for everyone.

Vitamin D deficiency may not be truly be the long-term cause for increased risks of bone fractures and falls, even though it’s part of the puzzle. Could it be from a lack of strength training exercise or having a sedentary lifestyle that mostly contribute to the problem? Or could it be that a lack of calcium intake or having too much alcohol or certain medications that can cause bone mineral loss? If these are the primary causes, then vitamin D supplementation would have very little or no benefits to preventing bone fractures.