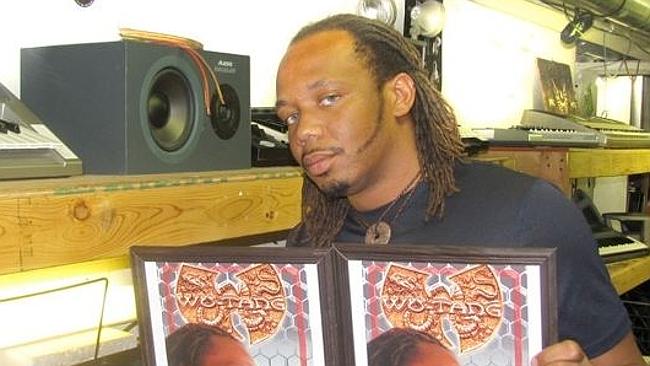 André Johnson, a rapper who has long been affiliated with the Wu-Tang Clan, has lost his penis in a suicide attempt.  The rapper, best known by his stage name Christ Bearer, cut off his penis and jumped off a second floor balcony in a bizarre suicide attempt.  While Johnson has been stabilized, doctors have noted that they were unable to salvage his penis in the horrific tragedy.

Several rappers were on scene at the time of the incident, but insisted that they were not doing any drugs that would inspire the rapper to take such extreme measures.  Johnson is a member of the RZA-founded Northstar, but RZA has not worked with the group for several years.  The rappers on scene said they believe Johnson may have mental issues.

While it is unbelievable to many that a man would even consider cutting off his own penis, this is yet another case where a celebrity with mental health issues has, up until now, flown under the radar.  While self-harm is not a part of all mental health problems, there are those who engage in self harm simply as a matter of coping with the psychological pain that they are in.  There are, apparently, no specific causes as to why people engage in self-harm, though.

It is believed, though, that the range of motivations behind self-harm can be work or school pressures, an inability to express difficult feelings in words, the creation of a reason to care for oneself or simple communication of a feeling of distress.  While Wu-Tang affiliated member Johnson’s behavior is extreme, it is quite possible that he is a deeply troubled man who has struggled for years.  Such speculation seems logical, but the severing of a penis is definitely the expression of very extreme pain.

Two members of Northstar, a rap group Johnson has collaborated with, told TMZ the rapper cut off his penis without warning before jumping off the balcony.

The musicians, who live in the same building as Johnson, said he had not been taking any drugs that would cause him to commit such an extreme act. The two men said they rushed downstairs, where they found Johnson screaming beside the road.

Apparently, once Johnson hit the pavement, he was on his feet again almost instantly and running around, though he was incoherently doing so.  Johnson is perhaps best known for his contribution to the Blade:  Trinity soundtrack, When the Guns Come Out, and he has performed with both the Wu-Tang Clan and Northstar.  He performs with Northstar with Meko.

While the doctors on Johnson’s case had attempted to reattach his penis, they were unable to do so.  He was rushed to Cedars-Sinai Medical Center in Los Angeles, California, in critical condition.  He is now resting at the hospital, and it is currently unknown what the next step in his medical care would be.  Certainly, one of the concerns would be how to void his bladder, given he is missing his penis.  It is possible that doctors have inserted a Foley catheter directly into the bladder, given Johnson’s urethra would be completely torn; this is known as a suprapubic catheter.  This catheter is inserted through the skin just above the pelvis in order to effectively drain the bladder.

It is likely that Johnson will be in meetings with a psychiatrist or other mental health professionals when he is ready to do so.  While much is currently unknown about the rapper’s condition, it is probable that he will be facing psychiatric care to determine the causes behind his severing his own penis and jumping off the second floor balcony.  He is likely facing some fractures due to the jump.  With the Wu-Tang Clan member having lost a member, Johnson definitely has a long road of recovery ahead.