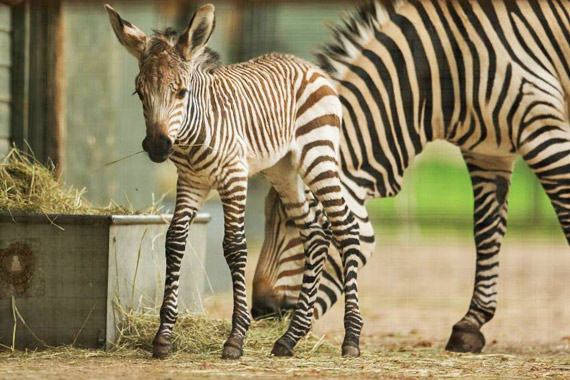 If there was any doubt that Big Data can solve any number of complex problems, Scientists researching the mystery of zebra stripes have released a study that used Big Data Analytics to find the answers. This mystery has been around since man first crossed path with this species of the horse family. Even Charles Darwin, the man credited with the Theory of Evolution, was unable to describe why distinctive zebra stripes occur. Even though there were several hypotheses including use in camouflage, and regulating body temperature, the technology was not available to back up any hypothesis with facts and figures. The answer, as it turns out, is to protect zebras from disease carrying biting flies. If only Darwin had access to Big Data.

The team that conducted the research was headed by Professor Tim Caro from University of California, Davis. His team had come up with five hypotheses that were generally considered most probable causes for the zebra stripes. Caro, who is a biologist and a professor at UC-Davis was amazed by the results from this research because the results were consistent across the board. Regions where there are more biting flies showed greater striping on zebra’s body. These flies are known to be very dangerous for zebras as their bites cause infections that can turn deadly. Additionally, the research applied the findings to humans and proposed that humans may benefit from this result by wearing “stripy shirts” that may reduce bites from flies. To make sure that their suggestion was clear, the study also recommended wearing only black and white striped shirts for this purpose because it is only in this spectrum of stripes that flies have trouble seeing. The research even discovered the reason for this flaw in the fly’s vision saying “the stripes not only reflect different sorts of visible light but also different sorts of polarized light, which is not visible to human beings but surely to flies.”

This research required use of existing ‘big data’ such as differences in zebra stripe patterns, and comparing them across variables such as terrain, temperature, predator range, and biting fly distribution, to finally answer this age-old question. Such remarkable studies, and their application to humans, as well as their value in intellectual curiosity for humans cannot be underestimated. The use of Big Data to answer the most complex of questions in any field requires the ability to extract only the valid data from thousands and millions of records, and using this data to apply various analytic techniques to find their distribution pattern, the magnitude of impact from each variable, and their correlation. Depending on the data type, it is even possible to do predictive analytics from such data.

The use of Big Data Analytics is still in its infancy. While solving the zebra stripes mystery may not appear to be the type of profound question that Big Data is expected to answer for humans, it is nonetheless, a terrific example of its capabilities and a practical approach in transforming the world, and making it more conducive for 21st century living on planet Earth.