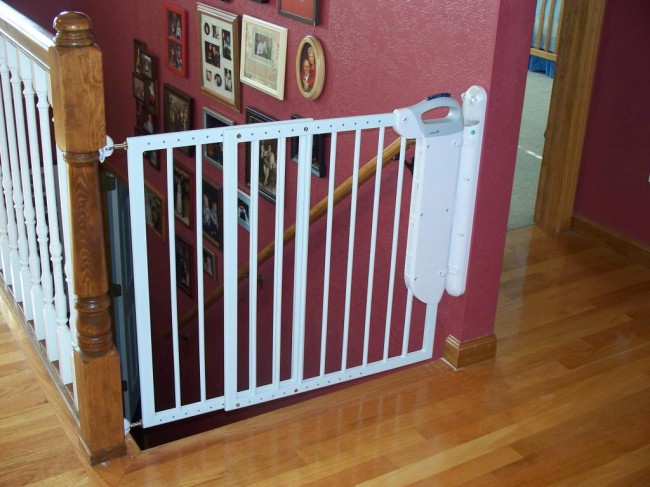 Baby gates intended to help keep young children safe are often responsible for injuries. According to a new study published in the journal Academic Pediatrics, gates designed to protect young children may actually endanger them, most commonly when used incorrectly. The study, from the Center for Injury Research and Policy at Nationwide Children’s Hospital in Columbus, Ohio, found that an average of 1,800 trips to emergency rooms every year involve injuries to children under 7 years of age that are directly related to child safety gates.

Injuries have more than tripled over the last 20 years, according to the study, increasing from about four injuries per 100,000 children in 1990, to almost 13 per 100,000 in 2010. From 1990-2010 about 37,700 children under the age of 7 were treated in U.S. emergency rooms for injuries related to baby gates, approximately five children per day. Most of the injuries are not serious, usually cuts and bruises from climbing on gates, but some get serious head injuries. Children under 2 years were most often hurt falling down stairs.

The majority of the injuries occur when a child falls through a gate, or climbs on it and falls off, and most are related to pressure-mounted gates. These are particularly dangerous when a toddler uses them to help stand up or tries to climb on them, as the child’s weight pushes them over. Many of the injuries reviewed occurred when baby gates collapsed. 60 percent of the children injured were under 2 years of age.

The study looked at 20 years of national data on children up to age 6 from the National Electronic Injury Surveillance System, operated by U.S. Consumer Product Safety Commission. Researcher Lara McKenzie says gates are important safety devices and should be used, but parents and caregivers need to sure the gate is the right type for where it is being used, and that it meets voluntary safety standards. She says to use bolted gates that are mounted to walls or railings whenever possible, particularly around stairs. Pressure mounted gates are okay for room dividers or the bottom of stairs, but should never be used at the top of stairs as even small children can push them over.

Current recommendations are to install gates between rooms and in stairways if children are between 6 months and 2 years, or until they can climb over the gate or learn to open it. Other tips offered by the researchers included removing gates after children turn 2 years old, and avoiding gates with gaps or notches that can be used for climbing, especially if the gates cannot be removed yet because there are other small children in the home. And never use old accordion-style gates, the sale of which have been banned because of strangulation risks.

There are no federally mandated safety regulations for gate design in the U.S. at this time, with all standards for minimum safety performance voluntary. McKenzie says further design advances are needed to make the gates less climbable, to keep them from collapsing, and to provide cushioning for when kids fall on them. She pointed out that it would also help if the gates were easier to install.

The study says that if baby gates are going to protect children rather than endanger them, all family members and caregivers need to use them correctly. This includes observing proper use in the child’s own home as well as correctly installing and using them in places such as grandparents’ homes.

Baby Gates Not Always Safe: May Endanger, Not Protect, Young Children added by Beth Balen on May 5, 2014
View all posts by Beth Balen →