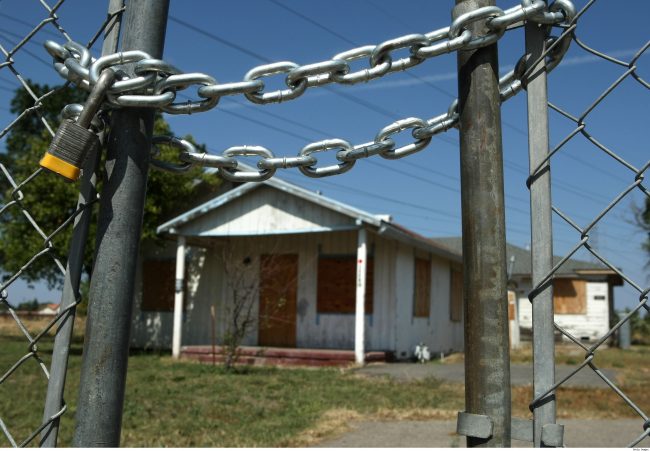 In 2012, Stockton, California filed for Chapter 9 bankruptcy, making it the largest bankrupt city in the United States at the time, however, Stockton is today fighting to end the financial uncertainty which has troubled it for the past two years. The city, located approximately 80 miles east of San Francisco, fell victim to the economic downturn, and was forced to cut spending by firing government workers, including 25 percent of the police force. This harsh measure, undertaken to try and restore the economic balance to Stockton, California, caused crime rates to soar, but was unable to solve the economic problems which the city faced. Today Stockton is set to ask a judge to approve a plan to reorganize about $900 million in long-term debt, something which would allow the California city to emerge from the state of bankruptcy which has plagued it these past years.

The largest obstacle standing in the way of this deal is Franklin Templeton, an investment firm who stands to recoup less than a penny on the dollar if the deal goes through. Before the economic recession necessitated harsh budget cuts, Stockton was in the midst of a revitalization program, buying a new city hall and building a number of new sports facilities. Templeton was a part of this project, as they loaned Stockton $350 million to build, among other things, fire houses in 2009. Now, almost five years later, Stockton, California, is offering Templeton only about $350,ooo, about one hundredth of the initial investment, despite the fact that they have come to much more favourable agreements with other creditors. Reuters, in fact, has reported that Stockton’s offer to Templeton is even lower, at only about $94,000, an amount that seems almost negligible when considering the size of the initial investment.

Perhaps the most important aspect of this trial, however, will be the judge’s decision regarding public pensions. In 2013, a federal bankruptcy judge ruled that Detroit could reduce public pensions in order to escape its burden of debt, and now Stockton is faced with the problem of what to do with its own pensions in the fight against bankruptcy. Unfortunately, any attempt by the California city to reduce its pension plan could make it much more difficult to hire new public servants, such as police, and this could spell trouble for the crime stricken city.

Eric Jones, the police chief of Stockton, has admitted that the public perception of the city, particularly the down-town region, is that it is unsafe. This is the result of a record 71 homicides in 2012, and although this phenomenon has been partially addressed by police outreach programs, the city still has a less than savoury reputation in terms of public safety. This will be the issue underlying the four day trial which kicked off today, in which U.S. bankruptcy court judge Christopher Klein has been asked to resolve Stockton’s issues with Franklin Templeton, and to determine the California city’s obligations vis-a-vis the pensions of public servants. It seems then, that Stockton, the largest city in California to declare bankruptcy, will soon see the outcome of their fight to end bankruptcy. The result will likely have profound consequences on other bankrupt cities, such as San Bernardino, littered throughout the country.