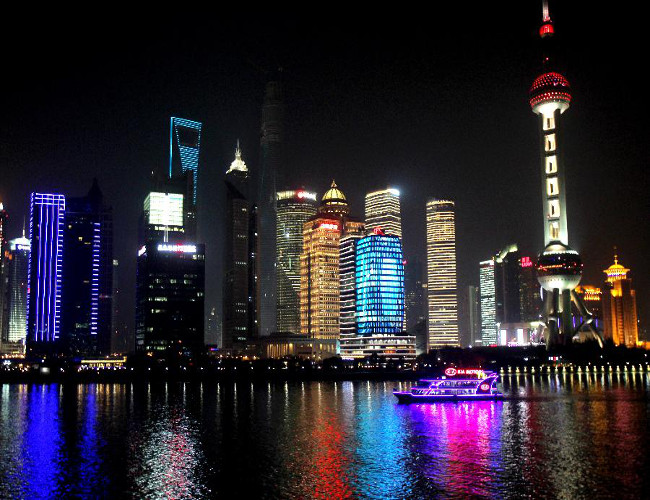 Amid expectations that China will soon become the world’s biggest economy, there continues to be some concern about the sluggish growth seen in the manufacturing sectors on which the economy is based. The slowdown is troubling enough that government officials are considering additional stimuli besides the small measures that have already been implemented.

For the fourth consecutive month, the Hong Kong and Shanghai Banking Corporation Manufacturing Purchasing Managers’ Index, which is a gauge of national manufacturing activity, remained below the 50 level which is the key figure that indicates whether the economy is contracting or expanding.

Amid the concerns there may some indications that things may be moving in the right direction as the official manufacturing index, which is broader and more accurate than the HSBC index, showed a very slight increase over the previous month. For the month of March, the index that covers more of the larger state-owned companies was measured at 50.3 while in April, the level noted was 50.4. The latest data implies that the rate of the domestic contraction may be slowing, but according to Qu Hongbin, who is the chief HSBC economist, the pace is still sluggish, and the China economy is losing momentum.

The slowdown in manufacturing, in the Chinese economy is reflected in the value of the exports, as well as the employment statistics, which have both been revised downwards from the numbers that were reported earlier.

Growth was targeted to be near eight percent, but economists are now projecting that the actual number will not be close and the shortfall may be much greater than expected. In the first quarter of the year, the Chinese economy expanded by 7.4 percent, which is lower than the 7.7 percent that was recorded in the final quarter of 2013.

Government officials in Beijing have indicated that a slightly slower growth rate can be tolerated as the country continues to restructure. China hopes to boost domestic consumption in hopes of accelerating economic growth, and rely less on investment. The restructuring is also intended to reduce excess production in several sectors such as cement and steel, and it is hoped that the result will be continuous growth that is maintained over a longer period.

The Chinese government continues to implement modest measures to boost growth in certain sectors, as they have announced tax incentives to stimulate growth of smaller businesses, while announcing increased investment in the railway system. However, economists do not expect these measures to produce any meaningful results in the near future, and Qu Hongbin believes that stronger responses may be required to stimulate the economy.

One of the areas for concern appears to be the slowing seen in employment, which has fallen for the sixth consecutive month, also there appears to be no cause for alarm. Officials have stated that the plans were to create at 10 million new jobs over the current year, and it appears that the target may not be attained.

Despite the current weakening outlook, at the current growth rate that still exceeds 7 percent, China’s economy is expect to surpass that of the US by the end of the year 2014. Analysts are expecting the officials will wait to observe the responses to the recently implemented measures before introducing additional stimuli in the Chinese economy that continues to slow down.