Chipotle Bans Guns From Their Stores After Social Media Buzz 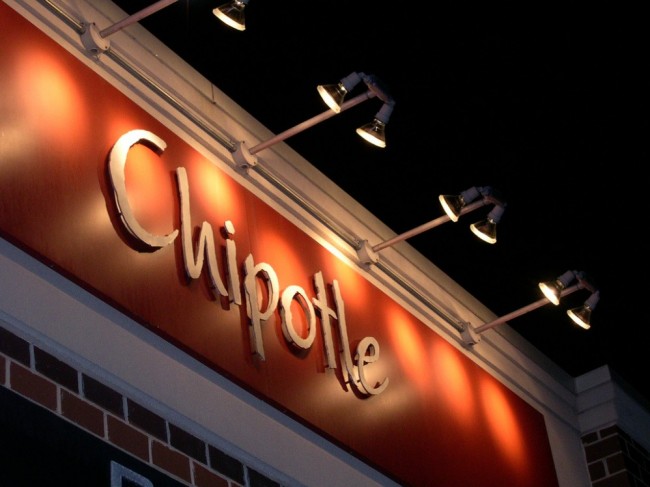 After a group of gun rights activists took a planned “armed-trip” to a Chipotle Mexican Grill in the Dallas-area, thousands of enraged parents and residents, who saw the trip as destructive, took to social media to express their displeasure. Now, on the heels of the mammoth social media buzz generated by the petition started by Moms Demand Action for Gun Sense, Chipotle has announced that it will no longer allow customers to bring guns into their stores. This ban does allow licensed law enforcement officials to enter their premises with their department issued forearms.

The petition was signed by more than 10,000 concerned parents and residents who were opposed to the “armed-trip” that took place in Dallas. The signatures were obtained in only a few hours and the campaign was helped along by the twitter slogan #BurritosNotBullets.

Although Chipotle did make this landmark decision within only a few short days of the campaign, they insist that they do not want to become a part of the ongoing debate on gun control. They issued a statement that asked for citizens to not use their establishment as a “lightening rod” for this debate but to respectfully follow their new corporate policy.

Chipotle also said, in the same statement, that showing firearms to the other customers in their restaurants is intimidating and can make loyal customers feel uncomfortable while they may be trying to simply enjoy a family meal.

Chris Arnold, the director of communications for Chipotle, said that “the vast majority of gun owners are responsible citizens and we appreciate them honoring this request.” He also added that Chipotle hopes that those in the public who “oppose the carrying of guns in public” acknowledge and agree that it is not Chipotle’s business to set policy for the country in this area, but rather that responsibility is left up to the legislative officials in office.

Moms Demand Action for Gun Sense quickly thanked Chipotle for acknowledging their petition and for making the decision that they did. The founder of the organization, Sharon Watts, said that this decision was important and brave. She also added that it “shows that you can support the Second Amendment,” while also making sure that American families are safe in the places they take their children and in the places their children may frequent unaccompanied.

Chipotle is not the only restaurant chain to adopt this measure. Starbucks and Jack in the Box have taken similar steps after being similarly pressured by signatures from groups that disapprove of firearms being taken into these chains.

Gun activists are sure to disapprove of this measure and there may even be some negative consequences for Chipotle in the coming weeks. The Governor of Texas, Rick Perry, said, in connection to this event that shoppers in the United States “make decisions about where they shop every day,” and that if you want to make that your policy than the citizens will decide where they want to spend their money.