Dementia Signs and Symptoms Include Alzheimers 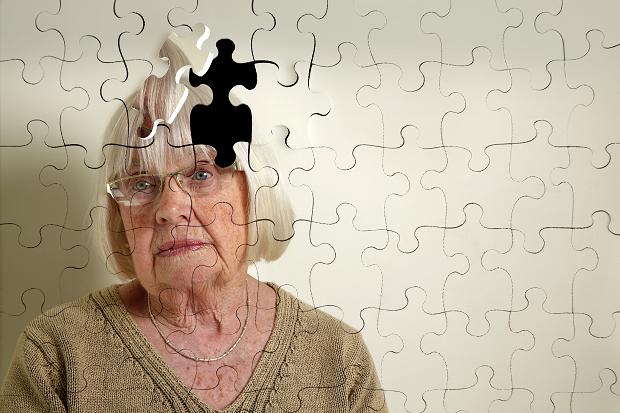 Alzheimer’s disease is the most common form of dementia, and the Alzheimer’s Association says the signs and symptoms should not be taken lightly. The term dementia is used to describe various symptoms of mental and cognitive decline, including memory, thinking, and behavioral problems, but it is not a clinical diagnosis until the underlying disease can be identified. Often incorrectly referred to as senility, a serious mental decline such as is found in dementia is not a normal part of aging, although the risk of developing it increase with age.

Small impairments such as short-term memory loss happen as a normal part of the aging process and are not considered dementia because the symptoms are not significant enough to affect daily activities, although for some people it may develop into dementia later. But there is more to dementia than just memory loss, which is only one symptom.  Alzheimer’s disease accounts for 60 to 80 percent of dementia cases, and vascular dementia, which can occur after a stroke, is the second most frequent, but many other conditions can cause symptoms of the disease.

Signs and symptoms of dementia include significant impairments in memory, communication and language skill, ability to pay attention, reasoning and judgment, and visual perception. Many of the symptoms are progressive, starting out slowly, so changes in thinking skills should not be ignored. Although most changes in the brain that cause dementia get worse over time and are irreversible, some memory and thinking problems can be caused by depression, medication side effects, excessive alcohol use, thyroid problems, or vitamin deficiencies, all treatable conditions.

Dementia is caused by damage to brain cells that interferes with their ability to communicate with each other. This affects behavior, thinking, and feelings. Different types of the disease are related to brain cell damage in particular parts of the brain. Alzheimer’s disease involves damage to brain cells in the hippocampus, which is the brain’s center for learning and memory. The damage is caused by high levels of certain proteins in and around the brain cells which make communication between the cells difficult. These cells are often the first to be damaged by the disease, which is why memory loss is often one of the first symptoms of Alzheimer’s. The disease can also be brought on by traumatic brain injury or HIV infection, among other conditions.

There is no definitive test for diagnosing dementia. Alzheimer’s and other forms of the disease are identified based on physical examination, laboratory tests, and a careful medical history to reveal changes in thinking, behavior, and daily function. Since symptoms and brain changes of different types of the disease can overlap it can be difficult to determine exactly which type of the disease is present.

In older people the first signs of dementia may be physical rather than mental, according to new research from Eric B. Larson, MD, and colleagues at the University of Washington and the VA Puget Sound Health Care System. The study followed 2,288 people, all aged 65 or older and with no dementia diagnosis, for six years. Cognitive tests were repeated every two years. Physical functioning tests were also included: standing balance, walking, hand grip, and ease in rising from a chair. At the start of the study the people with lower physical ability also had lower cognitive scores. The research associated an increased risk for development of dementia with every one-point decline in physical performance score. Early symptoms common in people later diagnosed with some form of dementia included gait slowing and poor balance.

Dementia symptoms should not be confused with typical age-related signs such as making bad decisions occasionally, missing a monthly payment, sometimes forgetting which word to use, or losing things from time to time. Dementia and Alzheimer’s symptoms are severe enough to disrupt daily life and include repeated poor judgment and decision-making; inability to manage a budget; losing track of time, place, dates, or seasons; difficulty in having a conversation; or misplacing items and being unable to retrace steps to locate them. People developing the disease may experience challenges in problem-solving, difficulty in completing familiar tasks, trouble with reading, speaking, or writing, mood or personality changes, and withdrawal from work or social activities.

Even though signs and symptoms may indicate a disease that is irreversible, experts encourage early diagnosis of Alzheimer’s and other types of dementia, to allow the patient to seek treatment and plan for the future. Giving family members knowledge about what is happening with a loved one can help everyone better prepare for dealing with the changes that result from the illness.