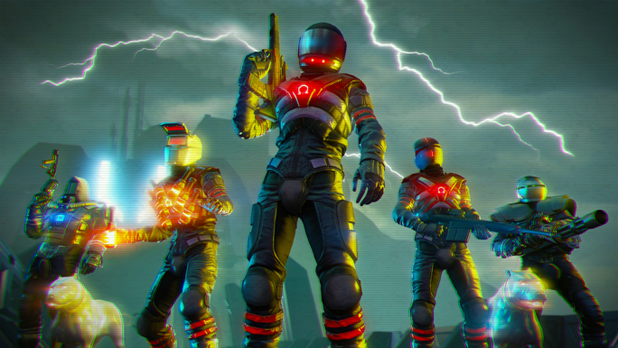 Earlier this week, Ubisoft finally revealed the latest installment of the Far Cry franchise, with the official announcement of Far Cry 4. In addition, the gaming publisher also released the first key art image for the game (available at FarCry.com at the link below). The hit first-person shooter franchise will continue with Far Cry 4 later this year.

The new Far Cry 4 game announced by Ubisoft, just as Far Cry 3, will be a first-person shooter and boast another unique, open-world, sandbox environment. Ubisoft claims this will be “the most expansive and immersive” game in the franchise’s history. The game will have a multi-platform for release later this November 18 and will be rolled out for the following consoles: PlayStation 3; PlayStation 4; Xbox 360; and Xbox One. Far Cry 4 will also get a Windows PC release.  Ubisoft Montreal is working with Red Storm Entertainment and affiliate Ubisoft developers in Shanghai, Toronto and Kiev to oversee the development of the sequel for the hit gaming franchise.

In terms of the game’s setting, Far Cry 4 puts players into the territory of Kyrat, a region of the Himalayas currently under a the rule of a tyrannical king. Like the previous installment, Far Cry 4 will offer the use of a variety of weapons, vehicles, and also include animals. Players will be able to determine their own stories across the landscape. An area in the Himalayas sounds like an interesting departure from the tropical islands in the Asian-Pacific region in Far Cry 3. Allowing players to experience such a unique environment for the franchise appears to have vast potential. Speaking on the game’s experience, Executive Producer Dan Hay stated, “Given the unique setting, we feel Far Cry 4 will stand out as a top first-person shooter, and we’re eager to reveal more about the game in the coming months.”

Far Cry 4 will have a hard act to follow after the overwhelming success of Far Cry 3, which was released in 2012. The game became a huge critical and commercial success for Ubisoft. Ubisoft’s earnings report for the end of their fiscal year on March 31 indicates that the game sold up to 9 million units. The standalone expansion pack for the title, Far Cry 3: Blood Dragon (pictured above), was very well received. The Blood Dragon expansion even received the Spike VGX award for Best Downloadable Content. Far Cry 3 featured a strong, heady story, great gameplay variety and a huge, complex open-world sandbox for gamers to experience. The fact that Far Cry 3 was not released with a quick turnaround in 2013 bodes well that the game was not hastily rushed.

With the confirmation of Far Cry 4 by Ubisoft, the publisher has revealed the next source of information for players to learn more about the game. Ubisoft will preview the game at the upcoming official Ubisoft Media Briefing for the Electronic Entertainment Expo. The Ubisoft Media Briefing is set for June 9 at the Orpheum Theater in Los Angeles, California. Aisha Tyler will host the festivities, which will be streamed online.