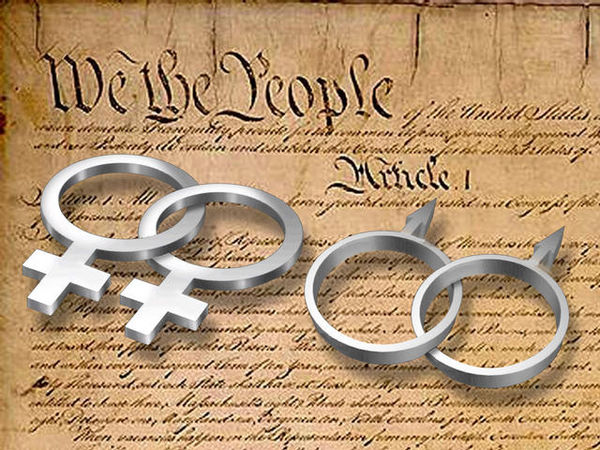 A federal judge in Oregon overturned the state’s same sex marriage ban on Monday, giving another win to gay marriage advocates. The voter approved ban was thrown out by U.S. District Judge Michael Mcshane, stating it was “unconstitutional.” McShane and state officials refused to defend the ban on same sex marriages and denied a request made by the Organization for Marriage to intervene. A request for an emergency stay made by the organization was denied in an appeals court Monday morning.

Oregon makes the 18th state to overturn its state’s  ban. Appeals are pending in seven other states where judges have struck down the ban. Ellen Rosenblum, Oregon’s General attorney, announced back in February, that she would not defend the ban on same sex unions. Advocates of gay marriage gathered the required number of signatures to qualify for the November ballot to remove the limiting of marriage to one man and one woman from the state’s constitutional amendment that was approved in 2004.

Along with Oregon, judges in Michigan, Texas, Idaho, Utah, Oklahoma, Virginia and Arkansas ruled the marriage bans to be unconstitutional. Tennessee, Ohio and Kentucky have been ordered to recognize same sex marriages from other states.

Four plaintiffs in Oregon filed lawsuits in 2013 to allow same sex unions. They argued that the state’s laws discriminated against them unconstitutionally by not allowing the right for same sex couples to marry. Two of the plaintiffs in the case, were the first couple to marry in Multnomah County immediately following the judge’s ruling.

Teresa Harke, a spokeswoman for the Oregon Family council, and an anti-gay opponent, called McShane’s ruling “unfair.” She stated “Oregonians in the hundreds of thousands who oppose same sex marriage have been ignored.”

Judge McShane’s opinion on the ban said that the law has harmed many gay and lesbian families and their children in a number of ways from adoptions rights, spousal benefits and tax rights. He stated that the traditional definition of marriage being one man and one woman was not a strong enough argument to let the law stand. He wrote that keeping to tradition could “condone discrimination against minority classes. Limiting marriage only to opposite gender couples in the name of tradition is not a legitimate reason.”

McShane is one of nine openly gay federal judges and the first to serve in Oregon, but he states that he has no political or personal interest in the matter of same sex marriage. He added that he can rule without being biased.

House Speaker Tina Kotek said “now all Oregonians will have the right to marry who they love, given today’s historic ruling. “After 10 years, my partner and I can’t wait to get married along with many other couples later this year.”

At the Melody Ballroom in Portland, dozens of same sex couples said their vows. Charlie Hales, Mayor of Portland, officiated at some of the ceremonies. Marty Rouse, the national field director for the Human Rights campaign, when the ban on same sex marriage was overturned by the federal judge, said, “love has won.”