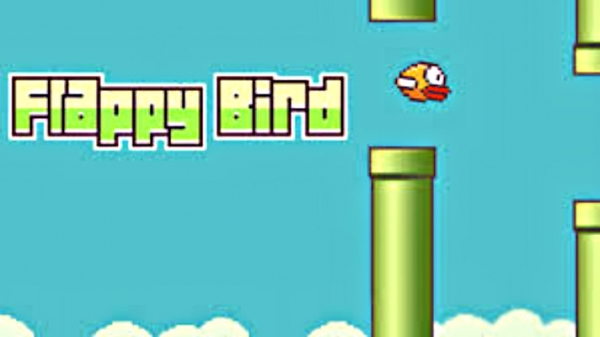 In August, according to numerous sources, Flappy Bird will return, in a new multiplayer app reboot of the addictive game. Though the Vietnamese developer of Flappy Bird, Dong Nguyen, was reportedly making $50,000 a day with his app, he yanked it from the App Store and Google Play Store. When it returns, the game will have a new as-yet-undisclosed name, though there have been rumors it might be called Flappy 2.0.

Last February, Dong Nguyen unleashed Flappy Bird upon the gaming world. He wanted to create a game in which a flapping and flying bird would fly through pipes when you tapped on your cell phone screen. He had no idea that his Flappy Bird app would become an extremely popular past time and obsession, though the app was only available for 26 brief days. The Flappy Bird app quickly went viral soon after it showed up at the App Store in February. The app became available at the Google Play Store not long after that.

Flappy Bird soared to new heights, as the app took the world by storm as people flocked to download it. The app was downloaded over 50 million times, and shot to number one in 100 countries around the world. Dong Nguyen tried to remain anonymous, and avoid the press, though the game developer recently granted Rolling Stone magazine an interview.

In a backlash to the game’s rapid rise to become number one, some people started to call Nguyen a thief, con artist, and fraud, as the pipes in Flappy Bird resembled those in Mario Brothers Nintendo games.

When Nguyen abruptly removed the Flappy Bird app from both the Google Play Store and the Apple App Store, he did give Flappy Bird players a 22 hours’ notice. In a statement, he announced that “I cannot take this anymore.” People who had downloaded the game before the time ran out, though, could still play Flappy Bird.

Nguyen felt responsible that he had encouraged addictive behavior in gamers around the world, so, reportedly, the upcoming reboot won’t be as addictive. However, despite what Nguyen said about the reboot being less addictive, it’s bound to attract not only all of the original fans of Flappy Bird, but also new fans, especially as it will have a multiplayer capability. Nguyen hasn’t yet divulged if the multiplayer mode will be a competitive one, or one in which players must cooperate with each other.

After Nguyen yanked Flappy Bird, knockoff apps hit the market, including ones with similar sounding titles like Floppy Bird, Flappy Bee, and even Floppy Hitler. Whether or not the Flappy Bird reboot will have the same sort of rabid fan base as the original Flappy Bird remains to be seen, but it has spawned a series of addictive fad games which are greatly benefiting the Apple App Store and Google Play Store. When the new Flappy Bird multiplayer reboot hits the Google Play Store and the Apple App Store, do you intend to download it? Please leave your comments below!