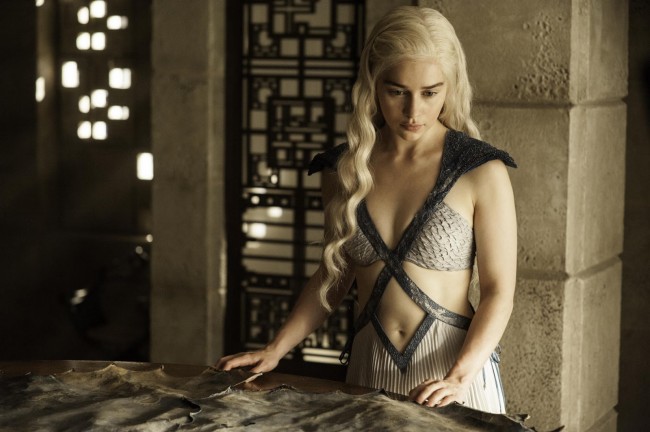 The feudal fantasy HBO series, Game of Thrones, continues to wildly entertain even into its fourth season. “Mockingbird,” this week’s episode, saw a deceleration in the plotline of a show that, each week, kills off another beloved personality. Instead, this Sunday featured an episode filled with a gloomy and unspoken foreboding of violent action to come and revealed some vulnerability in characters that have long remained rigid and enigmatic. Though picturesque lighting and positioning is a staple of the adored series, ‘Mockingbird’ appeared to place a special emphasis on visualizing the frames in which characters held long, illuminating dialogues. 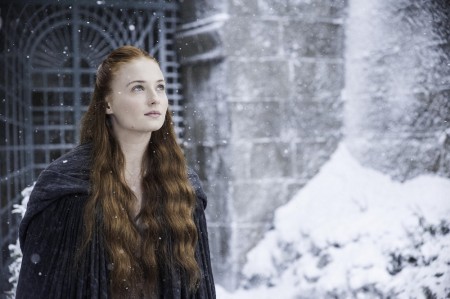 Jaime visits Tyrion in his cell and gives the unfortunate, albeit expected news that he will not be able to fight for Tyrion in the trial by combat. Cersei glaringly watches over her enormous combatant of choice, Sir Greggor The Mountain, as he slaughters man after begging man.

“Mockingbird” also begins with the emotional unfolding of The Hound’s more merciful side, when he gives water to and then subsequently executes a slowly dying victim of Lannister-marauder foul play.  After being attacked by a duo of vigilantes seeking the prize held over The Hound’s head, Arya gracefully and crisply slays an old, ex-prisoner acquaintance. The youngest of Ned Star’s daughters is becoming quite the assassin. Though seemingly a moment to breathe, the episode’s omniscient view over unsettled characters as they dredge their way across Westeros becomes a sigh, the exhale of which illuminates the harsh realities of the current world. Murderous sibling rivalry, rape, and betrayal are just a few of the commonly seen cards in the Game of Thrones.  As each beloved eccentric clings to survival, the illusory sense of calm present in “Mockingbird” braces viewers for the expected battles each character will face to avoid death.

In the North, Jon Snow’s advice for preparation against an incoming invasion continues to fall on deaf ears. Snow recommends blocking the tunnel to the gate and is humiliated in front of his fellow watchmen. His growing frustration parallels the growing threat just beyond the fragile gates of the wall.

Bronn is the second of Tyrion’s visitors and is as disappointing as the first. Though the pair exchange a heartfelt understanding, Bronn makes it clear that he is unwilling to risk his life for Tyrion against a man with the strength, size and speed of The Mountain. Bronn poses the question, “When have you risked your life for me?” to which Tyrion has no valid response.

In the East, the newly recast Daario attempts to woo Queen Daenerys with wild flowers. Dany decides to send Daario to Yunkai to kill the masters there, but not before she instructs him to disrobe. Fans are able to glimpse Game of Thrones newbie Michiel Huisman before the scene cuts to the Fire Lady, Melisandre, bathing before a fire and shelves filled with various potions. Stannis’ wife Selyse watches over her and is educated on the ways of the Fire God. Melisandre, in refusing Mrs. Stannis’ request to leave her daughter behind, turns Selyse toward the fire and instructs her to behold its secrets.

On Hitfix, Alan Sepinwell beautifully underlines the most pertinent line in this week’s Game of Thrones episode. Arya asks the slowly dying man, “So why go on?”  It becomes clear as characters solemnly meander across Westeros that “Mockingbird” is an attempt to answer that question both for the uncertain inhabitants of the portrayed world and, perhaps, for viewers who look over it each week.

As Daario leaves for Yunkai, Jorah walks into Dany’s room with a noticeable amount of disapproval. Issues of conscience are again laid at Dany’s feet when Jorah reminds her of his own background and requests that she not kill the masters in Yunkai. She has found what appears to be a newfound confidence in matters of ethics since her previous faltering in “The Laws of Gods and Men,” however, and quickly comes to a compromise. The Masters of Yunkai, she says firmly, can live in her new world or die in their old one. 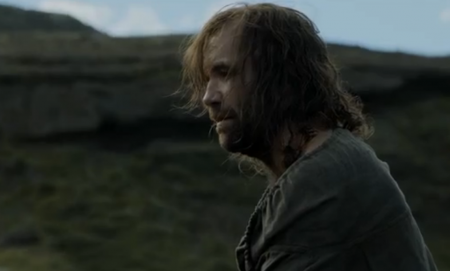 The Hound reveals how he got his trademark facial scar, retelling a disheartening story about his brother’s selfishness and his father’s complacency. Arya listens on beneath a towering mountain as their horses graze in the distance. The Hound is a character known for his callousness, but his newfound openness perfectly compliments the scene’s cloudy backdrop.

Perhaps more wrenching is a story told by Tyrion’s third visitor, Oberyn. The bisexual, charming foreigner revisits his first trip to King’s Landing and remembers Cersei’s hatred, even then, for the small Tyrion, nicknamed by many “The Monster.” Anguish is visible on Tyrion’s face as he listens on, but relief overshadows his sadness when Oberyn volunteers to fight on his behalf in the trial by combat.

Brienne and Pod learn of Arya Stark’s survival at an Inn along the road. They continue their journey, turning toward the Eyrie in what appears to be a confirmation of Brienne’s growing approval for her appointed squire. 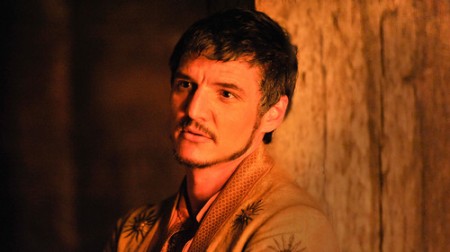 The tranquil, melancholy melody throughout the episode builds only to a relatively serene, though tragic, crescendo. Sanza and Robin get into an argument when he topples her Winterfell snow castle, which leads to the young Prince’s first slap. Rather than reprimanding the Stark daughter, Petyr instead calls her beautiful and kisses her. From above, Lysa looks on with a brewing rage. She summons Sanza and threatens her with the infamous Moon Door. Petyr quickly intervenes. Holding Lysa, he reminds her that there is only one woman he has ever loved. After dramatic pause, Petyr finishes with, ”Your sister.” He cinematically punctuates his confession by pushing Lysa threw the very Moon Door she threatened Sanza with moments earlier. She falls an unknowable height as the credits begin to roll.

As Sepinwell notes, “Mockingbird” takes a moment to reflect on the small goals of each character, to revel in the trivial desires of daily life in order to give meaning to an ostensibly dreary world. From bets placed to sexual encounters uncovered, each character becomes more human in the eyes of fans and explains in his or her own way why one would ever fight so desperately for life in a world where such struggle is the norm.