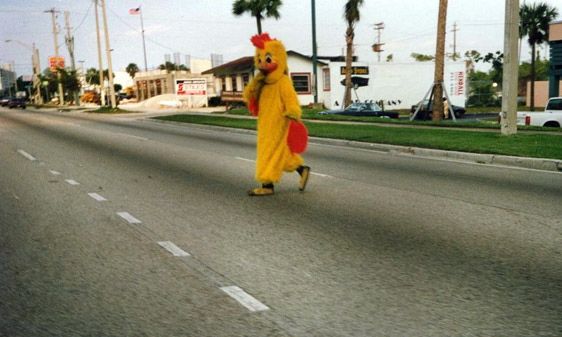 Every eight minutes, a pedestrian is hit by a car in the United States. Between the years 2003 and 2012, 47,025 pedestrians were killed by automobiles. Though that number has not inspired a nationwide demand for safer streets, there is one group who would like to help make that change.

The report released by Smart Growth America and the National Complete Streets Coalition, Dangerous by Design 2014, utilizes a Pedestrian Danger Index (PDI) which quantifies where a pedestrian is likely to get hit by a car. Using only the most recent data from the National Household Travel Survey, the PDI is calculated by combining the amount of people who walk for their commute and the number of foot traffic fatalities in the past five years.The PDI for the nation is 52.2 with an average pedestrian fatality annual rate of 1.56/100,000 people.

When the 50 biggest metropolitan areas were examined, 10 were deemed the most dangerous for walking and 10 were declared the safest. Orlando-Kissimmee in Florida was found to be the most dangerous with a PDI of 244.28. In fact, Florida seems to be the most dangerous state in which to be a pedestrian, holding the top four slots. Tampa-St.Petersburg-Clearwater was No. 2 with a 190.13 PDI; Jacksonville’s 182.71 was at No. 3 and Miami-Ft. Lauderdale-Pompano Beach came in at No. 4 with a PDI of 145.33. No. 5, with a PDI of 131.26, is Memphis, Tennessee. The rest of the cities on the list are also in the Sun Belt. They are all low-density cities that are relatively new. Less than 2 percent of their commuters are pedestrians.

Conversely, the safest cities in which to walk have dense population street grids, are older and the percentage of walking commuters is greater than 2 percent. The top five are: Boston-Cambridge-Quincy, Massachusetts with an 18.65 PDI, Pittsburgh, Pennsylvania with 25.10 PDI, Seattle-Tacoma-Bellevue, Washington has a PDI of 26.81, New York City-Northern New Jersey-Long Island has the same PDI as Seattle and San Francisco-Oakland-Fremont, California with a 31.44 PDI.

The researchers admit that they would like to have provided more detailed data. There is a lack of reliable sources for nationwide numbers on pedestrian trips that are not commutes. However, with the advent of installed cameras at major intersections, that could change.

What can be gleaned from this report is that streets that are designed for high traffic volumes and speeds are bound to be dangerous to anyone not in a vehicle. Therefore, the sponsors of this report are asking for the national Safe Streets Act to be passed. This would compel all Metropolitan Planning Organizations and states to take into consideration the welfare of all users when new roads are designed and existing ones are improved.

Slowing down the cars is tantamount to making the streets safer for pedestrians. Statistically, when a car is going 20 mph, someone who is hit has a 95 percent chance of survival. A pedestrian hit by a car traveling 45 mph, however, has a 65 percent chance of losing their life. Though a tough statistic to argue, given this autocentric society, car operators are not going to want to slow down.

Advocates looking to make safer streets see that this nation needs an attitude adjustment. This may take more than a generation to accomplish. It will require an actual change in culture. With the well-publicized disdain for driving that the millennials have expressed, and the way climate change may be dictating greater alterations to the way we get around in the future, it is not unreasonable to think this cultural evolution may be just around the corner.