‘Keeping Up With the Kardashians’ Returns 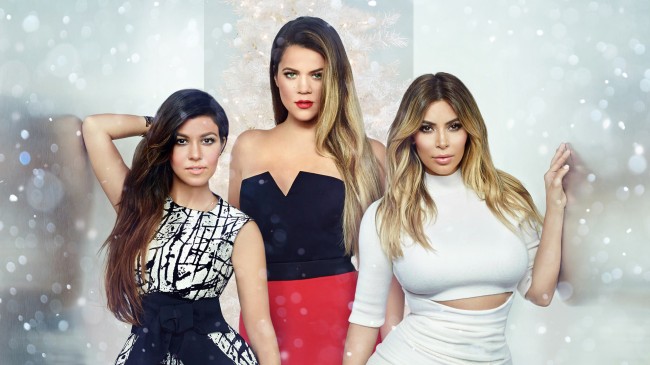 Keeping Up With the Kardashians is returning in the middle of June, and there are already many speculating about the events that will unfold. The reality show is in its eight season, and centers around the Kardashians sisters, Kim, Khloe and Kourtney, their bother Rob, their mother and the Jenner sisters, among others. Of course, Kanye West and baby North will make regular appearances during the season, as it was filmed in the run up to the big wedding day.

Like every other season, this one is certainly not without its ups and downs. One of the blow-outs will be between Khloe and Kourtney after a surprise interior design bill. Khloe offered her sister some help when redecorating her apartment, and Kourtney found the perfect way for her to do that. She sends her the bill, and the older sister is certainly not happy about that.

There will also be parts of the episodes centering around Khloe’s love life. While filming, rumors spread that she was dating French Montana, and they were together at Penthouse nightclub. There was a run in with her ex-husband Lamar Odom, who wanted access to the club but was denied. Glamour reported that the owners of the nightclub worried that there would be a fight once Odom realized who his ex-wife was with while there.

A major part of the return of Keeping Up With the Kardashians is likely to be about the run-up to the wedding of the year. It has been the center of attention for the whole family since West and his wife announced their engagement in October 2013. Planning took its time, and Kris Jenner found herself pushed out of some of that planning. She certainly was not happy about it, so expect some fights and disagreements. There are also possibilities that Beyonce and Jay Z’s decision not to attend the wedding will be mentioned, as it likely annoyed both the bride and groom.

The only thing that will definitely not be part of Keeping Up With the Kardashians is the actual big day. The wedding was private, but there are rumors that there will be a two-part series of the big day since E! Entertainment had exclusive rights inside. This has not quite been confirmed yet, but it would make sense since her second wedding to Kris Humphries was televised. West would not want to miss out on that, surely.

This season will also feature the family holiday to Thailand just a few months ago. There were plenty of ups and downs during that, especially with Kendall and Kylie Jenner. One thing that is not certain yet is whether anything about the Jenner sisters and Justin Bieber will appear. However, considering it is mainly about the Kardashian sisters this is unlikely.

Fans will want to know about the drama between Kim and her brother Rob after the events of the wedding. Rob flew home before the wedding ceremony, reportedly due to an argument with the bride. The reasons for that are still unclear although there are rumors, but it is possible that the representatives have tried to keep it as quiet as possible for the return of Keeping Up With the Kardashians.

Keeping Up With The Kardashians