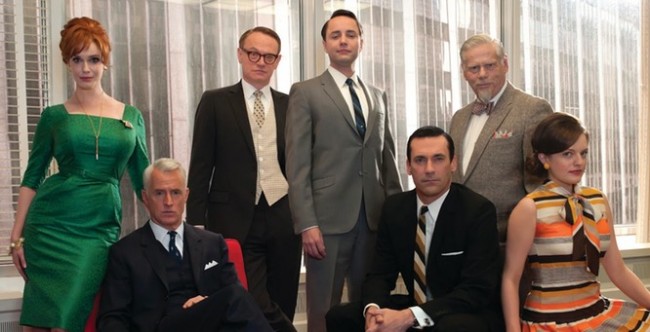 The mid-season climax of Mad Men entitled “Waterloo”, concluded with the heartbreaking death of a cherished character who had been on the series since it started out. However Don Draper’s (actor Jon Hamm) poignant send-off to the deceased helped to remind fans why they have been watching the show for seven seasons now.

Bertram Cooper (actor Robert Morse) died suddenly on the May 25 episode of the series but the cause of his demise was not yet explained for some reason. He was an establishing member of what is now known as Sterling Cooper & Partners, his old time way of doing things were looked upon  by several as an impairment to the entire business. In fact before Cooper’s body was even cold, Jim (actor Harry Hamlin), was wanting to rush in and had starting calling SC&P as some sort of agency of the future.

Don had always been extremely close with Bert. It all started back in the first season when Pete (actor Vincent Kartheiser) thought he would be able to go to Bert with evidence from Don’s past so he could possibly get Bert’s help in an effort to get Draper tossed under a bridge. Pete would then have been able to worm his way up the corporate ladder like the slime he has always shown himself to be. However good old Bert would have none of it and stopped greasy Pete in his tracks instantaneously by telling him he did not care about what was in Don’s past.

With this said, it seems to be perfectly suitable that the one individual who was most affected by Bert passing away would be Don himself of course. At the end of the episode, Draper heard Bert speak to him and Cooper said, “Don, my boy,” which was followed by some sort of vision where Bert was performing a song and dance routine to the song The Best Things in Life Are Free.  He was carrying out his act with the various women who worked in the secretarial pool.

It was both a loving and also bizarre way to end the run of an enormously gifted actor and also sort of a strange manner in which to show the depth of Bert’s personal meaning to Don. Now comes the part where the C in SC&P is scratched from the front part of the “Mad Men” offices by future seeking Jim in the last part of Season 7. Those will be the very last episodes of the Mad Men series.

With this mid-season climax ending the way it did, it closed the window on one character and opened the doors on a few other story lines, ways to take out the series in 2015 in style, instead of the convoluted way season 7 has been so far. Robert Morse went out with a bang and it was odd but fun to watch him pull the dance number. However watching Don be upset over Bert was probably the best part of this Mad Men episode over-all.