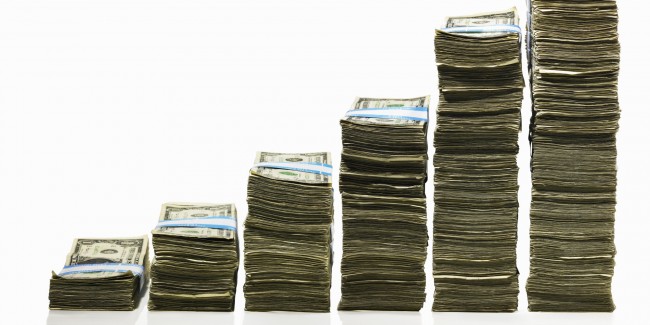 Generally speaking, Senate Republicans have opposed minimum wage hikes, as seen by the April decision to block a bill that would have raised the federal minimum wage to $10.10. The Republican Party’s 2012 presidential nominee disagrees, and wants everyone to know it.  Mitt Romney said on Thursday morning that he supports a minimum wage hike, parting from many of his party members.

The successful American businessman, former Massachusetts Governor and 2012 presidential hopeful, stated in an interview with MSNBC that he thinks that the minimum wage should be raised to truly keep in line with GOP goals of “more jobs and better pay.”

Mitt Romney is reportedly not the only member of the Republican party diverging from the common thought of blocking minimum wage hikes.  Other Republicans, such as former Pennsylvania Sen. Rick Santorum and former Minnesota Gov. Tim Pawlenty, have also made statements that they are in support of an increase in minimum wage.

Although Mitt Romney has stated his support of a minimum wage hike, neither he nor other the other Republican party members have attached a monetary value to their statements.

Could these statements be strategic?  According to a Gallup poll conducted in November 2013, a whopping 76 percent of Americans supported some kind of bill or law that would raise minimum wage, which currently stands at just $7.25 at the federal level.  There has been some speculation that political figures like Romney, Santorum and Pawlenty—who all ran campaigns for the 2012 presidential election—have all spoken out in support of minimum wage hikes  to appeal to the general public for the upcoming 2016 race.

Romney, the most prominent former GOP presidential hopeful, said to MSNBC Morning Joe hosts that his statement is not a move to gain popularity for the upcoming presidential election.

“I think our best prospects of getting back the White House are with someone who has not run twice before as I have,” Romney said when asked about whether he had his eye on 2016.

President Barack Obama initially supported a federal minimum wage increase to $9 during his 2013 State of the Union Address, saying that this matter was a “top priority” for him.  He later supported a hike as high as $10.10. Public opinion tends to agree.

Whether Romney and others are really interested supporting in minimum wage hikes or gaining public support is not really the point.  The point is whether or not the U.S. will see an increase in minimum wage, and if it does, whether hikes will be tied to inflation.

According to the same November 2013 Gallup poll, almost as many Americans (69 percent) said they would vote to support an increase in minimum wage that rises in accordance with inflation. The federal minimum wage is currently not adjusted for inflation.  Although the nominal rate of the minimum wage has increased by 2800 percent from its original value of 25 cents per hour in 1938, the real value of the wage has declined from its 1968 peak by 33 percent.  The result is that today’s current minimum wage is not a livable wage when compared to today’s cost of living.

Nonetheless, the Republican party generally opposes not only increasing the minimum wage to $10.10, but also tying the hikes to inflation.  The main arguments against this type of legislation from top Republicans include the thought that if minimum wage is increased, businesses would hire less people, which is in direct conflict with creating more jobs.  They go a step further to say that this issue has happened in history when the minimum wage increases. Research proves otherwise.  A November 2010 study published in the Review of Economics and Statistics found “no detectable employment losses” from minimum wage hikes that have taken place in the U.S. Another published in 2011 found “no impact on hours worked or employment levels.”

Mitt Romney’s support of minimum wage hikes aside, many state legislatures have not waited for a federal decision to increase minimum wage, and several have adjusted the wage to $10.10. So far this year, Connecticut, Delaware, Maryland, Minnesota, West Virginia and D.C. have enacted increases, some higher than $10.10. Currently, 21 states have minimum wage rates above the federal level.