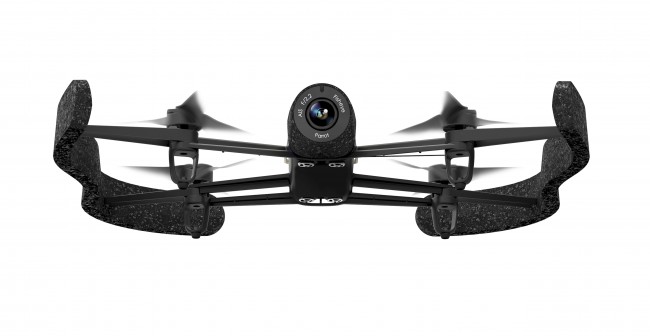 The Parrot Bebop drone can capture aerial footage and explore the world in a way that puts the sky at one’s fingertips. The best innovations do not always mean reinventing the wheel. Sometimes it is just improving upon a good base, and making something more accessible. After three years of development, French wireless technology company Parrot has revealed the new Bebop drone. The quad-copter drone is expected to give normal smart phone users the ability to add dynamic shots to simple videos.

Drones with cameras are nothing new. National Geographic uses them to capture great herd migrations across the Serengeti, and the military relies on them as reconnaissance intelligence gathering tools. Recent improvements in technology and mass production, driving down prices, has allowed ordinary people to gain access to technology that was consider elite just a few years ago. The new Bebop drone has simplified all aspects of flight, control and camera function, making even a novice into a comfortable user right away. 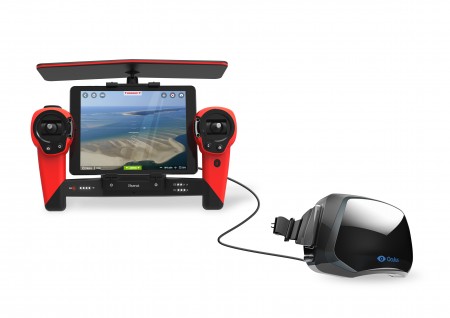 The Bebop is constructed of a polyurethane shell, which is lightweight (400g). Equipped with a full HD camera, it is digitally stabilized on 3 axes. The super wide-angle fisheye lens (14 MP) captures more information than it needs. The internal software then edits the 180 degree capture based on the user’s desired field of view. This reduces weight by eliminating mechanized lens controls, and simplifies camera operation by making it a purely digital process.

Video and still camera shots are stored on the internal memory (8GB Flash), and are transferable via wireless connection or micro USB to mobile devices and personal computers. The onboard GPS and software allows the operator to set a flight path for the drone. With the Parrot Bebop drone, capturing the laps on a track, for instance, can be preprogrammed into the drone, giving complete control to users. Even the drone lens orientation can be preconfigured for optimal footage capture, which puts every angle of the sky at one’s fingertips.

Smartphone and tablet users will control the drone with virtual joysticks and explore the sky on the touch screens with just their fingertips. A more adventurous options is the Skycontroller, which gives users a mount for their iPhone or small tablet, and two traditional control sticks. Oculus Rift support is also available, and allows users to pan the camera with just a movement of the head; giving a real bird’s eye view and feel. 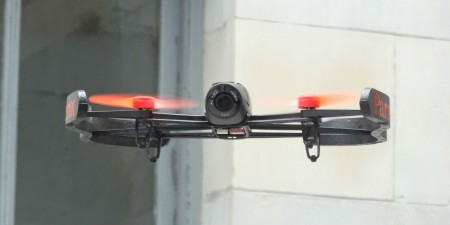 The Parrot Bebop is reported to come with two battery packs, each providing 12 minutes of flight time. The onboard Wi-Fi is impressively powerful, and is reported to provide 1.2 miles of range. Optional safety bumpers can be installed for close quarters or indoor flight, and the smart controls stop all rotors in the event of a blade strike.

No official price has been set by Parrot yet, but for reference, the previous AR Drone 2.0 sells for about $500 US. The world continues to get smaller as technology expands man’s grasp of its four corners through knowledge and technology. This is one  technology that really will allow people to reach out even further, and see a world few had dreamed of in ancient times. The Parrot Bebop drone will put the mystical sky at one’s fingertips.