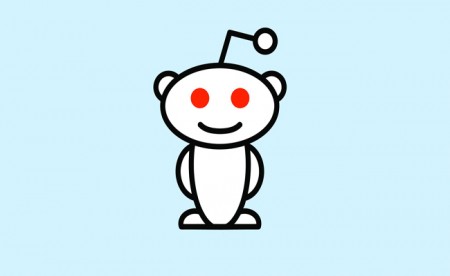 Reddit is the self proclaimed front page of the internet, and it has made quite a name for itself since its debut in 2006. Reddit is a social networking website for news and entertainment. Members can submit their own content and reply at will on a number of different pages or “subreddits.” In just under ten years the company has amassed over two million users.

Steve Huffman and Alexsis Ohanian founded the company in June of 2005 in Medford, Massachusetts. It has since moved, like many others, to the bay city of San Francisco in 2006 and operates independently for Conde Nast Publications. Reddit is a small but powerful company. With only 44 employees it has accomplished fame comparable to Facebook and Twitter.

Contributing to the success and size of this website is having no need for a writing staff. All content is generated by its viewers and allows anyone to post stories, pictures, and links completely voluntarily. They also have a subreddit called “Iama”, which let celebrities connect with fans and answer questions to the public. It adapted its slogan “The Front Page of the Internet” for its goal of posting important and top issues to its site, making it a one stop shop for web surfers.

What sets Reddit aside from blogs and other forums is that it has an innovative ranking system that lets users up vote or down vote content, bringing the more likeable posts to the top while the losers sink to the bottom. Further helping the website become one the top sites on the web is not only its good press, but even some of its bad press. Reddit has grown a reputation for being a free speech environment which has caused quite a few controversies. One of the most well known cases was sparked by the Boston Bombings of last year. Like many other sites, Reddit was filled with false accusation. This included 22-year-old BU (Brown University) student, Sunil Tripathi, who was later found dead.

Reddit has quickly become a social hub for those looking to share to a large network of people who do not necessarily need to add you to a friends list in order to see your posts. Being one of the largest online communities it made waves so big they spilled off the web. It has been effective in raising awareness, organizing groups, and even fundraising. Even other sites can benefit from the Reddit frenzy, with link posts boosting viewers so immensely some sites have even crashed from it. The site also organizes Global Reddit Meetup Day. The day was created so that members from all over the world can get together with other Redditors from the area. This is a great way for people separated by the computer era to get together and spend some time away from the monitor.

With all the content online to dig through its nice to have a place that collects a lot of worthy material. The fact that information can come from anywhere and everyone gives the site an organic feeling that makes browsing very comfortable. All in all, Reddit has done well for itself as the front page of the internet, and continues to post new daily.