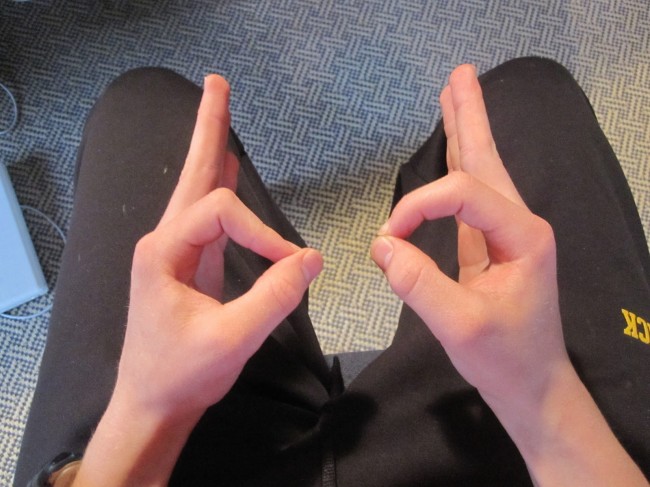 It is being reported that a new research study has shown that what hand a person favors helps decide his or her moral choices. So therefore, left handed people supposedly believe the left side of most anything implies positive potentials while right handed people believe the same thing for the right side. This has been labeled the “body-specificity hypothesis.”

Dr. Daniel Casasanto, who is a psychologist and was the chief author of the study, has conducted numerous experiments to test his theory. In one of them, he showed the volunteers pictures of two aliens standing beside each other and instructed the participants to circle the alien they felt best represented an abstract idea, such as being asked to circle the “more attractive” or “less honest” alien.

When applicants read almost identical product descriptions on each side of a page and were then were asked to decide which products they wanted to purchase, most righties picked the items on the right side while most lefties wanted the left side product. Likewise, when the volunteers read resumes side by side from two job applicants presented in unplanned order, they were most likely to pick a candidate on their dominant side.

When studies were done on children in different tests, they showed similar results. In one experiment, the kids were all shown a bookshelf that had a box to the right and a box to the left. They were asked to imagine a toy they liked and one they did not like and pick which box they would put the toys in. They tended to select to place the toy they liked in the box that went with their dominant hand and the toy they did not like to their non-dominant one.

Dr. Casasanto was also able to prove that body specificity is flexible. When the adults were forced to use their non-dominant hand, their natural bias reversed and they began to associate positive qualities with the side they were made to use.  The adult right handed individuals were asked to wear a bulky glove on their right hand for a short time and this briefly made them lefties. After a short time period, they started showing a bias towards left handedness like natural lefties did. This proposes that changes in motor experience might alter the direction of the body-specific bias in only a matter of a few minutes.

Such results may have possible profitable associations for marketing tactics. It is believed that between 70 and 95 percent of all people are right-handed. Companies may do better in the market place if they put them to the right of their competitor.

These tests also ask an important question about artificial intelligence. If a person’s decisions are partially based in how he or she uses the body to traverse the environment, will intelligent machines made in the future need some sort of physical presence to be able to really match human intelligence?

Numerous scientists think that motility was a main driving force behind the brain’s evolution. It might be the case that intelligence life forms created from silicon may not get very far without having a physical world to discover.