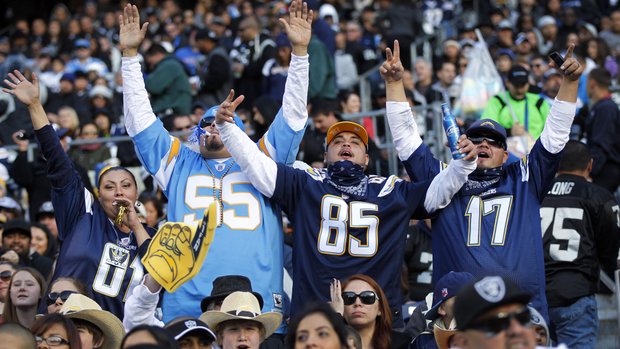 The San Diego Chargers made it back to the playoffs last season for the first time since 2009. Under first year Head Coach Mike McCoy, the Chargers remained competitive in the tough AFC West throughout the season. After ending the season at 9-7, the Bolts eventually lost in the second round of the playoffs to the Denver Broncos, 24-17. Coming into this season, the Chargers have a lot of good things to hang their hats on and to build off of last year: they won five of their last six regular season games; they will have another full season under the tutelage of Mike McCoy- where they ranked top five in the league in total yards and passing yards per game; WR Keenan Allen, who was second in the Offensive Rookie of the Year vote, will have another full season to develop with Rivers at the helm; and with the offseason acquisitions of OLB Dwight Freeney and RB Donald Brown, the Bolts are just a draft pick away from improving their team immensely… but who should San Diego pick at number 25?

What the Draft Can Bring:

The San Diego Chargers have the number 25 pick in the 2014 draft and could go a variety of different ways in order to bolster their roster coming into training camp. Here is a position-by-position look at their biggest needs on the team and how the Bolts could use the whole draft- especially their number 25 pick- to address them.

Defensive Tackle
With the signing of Dwight Freeney, the Chargers hope the veteran can team up with Melvin Ingram to solve their pass rushing woes. However, that still leaves the middle of their defensive line wide open. The Chargers were daisies up the middle last year, give up a terrible 4.59 rushing yards per carry (27th in the league) and could use this 25th pick to plug that glaring hole.

First on the board of possible DT picks for the Chargers would be Notre Dame’s Louis Nix III. Nix would team up again with former Notre Dame middle linebacker, Manti Te’o, and would fill the obvious need up front. Nix is big and has great movement up front, a necessity for defensive lineman that is nearly impossible to find in the later rounds. If the Chargers were to pass on him with this pick, Nix will surely not be available by the time their next pick comes at number 57. If the Chargers hope to compete in the AFC West this year, they need to fill the holes in their defense right now and Nix would have an immediate impact on the defensive front by replacing Cam Thomas- who played nearly 47 percent of their defensive snaps.

Cornerback
If the Chargers decided to wait until the second or later rounds to build depth in the interior of the defensive line, the cornerback position would be the next biggest priority for the Chargers to address. The first round of this year’s draft is full of talented cornerbacks that could make an immediate impact, but the Bolts have not selected a defensive back in the first round since 2005. However, if there ever was a time for San Diego to buck that trend, the time would be now.

This year’s draft could see talented cornerbacks such as Bradley Roby (OSU), Kyle Fuller (VT), Darqueze Dennard (MSU) or even Jason Verrett (TCU) drop on the board to number 25- in which all four players could be too talented to pass up. However, in most mock drafts, analysts have all of them off the board by the time the Chargers pick. The only cornerback left on the board at that time that would be worthy of a first round pick from the Chargers would be Stanley Jean-Baptiste from Nebraska. Jean-Baptiste resembles the big cornerbacks in the league that are dominating receivers right now in Seattle’s Richard Sherman and Byron Maxwell. The 6’3” 215 pound corner has a ton of upside, but do not be surprised if the Chargers pass on a big cornerback in the first round, as it has been proven time and time again, that size in cornerbacks can be found later in the draft.

Offensive Guard
The Chargers solidified the majority of their line from a year ago by re-signing left guard Chad Rinehart. The offensive line vastly improved from the 2012 season that saw Phillip Rivers nearly pummeled to death, going from losing 311 yards due to sacks to just 150 yards last year. A lot of this improvement was found in last year’s draft. The Chargers selected offensive tackle D.J. Fluker from Alabama in the first round of the draft and saw an immediate impact on the line. With the 25th overall pick, the Chargers could solidify the right side even more by picking up a guard.

If the Chargers were to select a lineman in the first round, it would undoubtedly be UCLA’s Xavier Su’a-Filo. This big offensive guard is versatile enough to fit in San Diego’s short-pass scheme and can play with a mean streak- a quality that would indisputably be egged on even more with the always mean-streaking D.J. Fluker right beside him. This pick would solidify the line for years to come, but if the Chargers decide to stick with Jeromy Clary- who turns 31 this year- expect a lineman to be drafted in the third round or later.

Wide Receiver
The Bolts picked up Keenan Allen in the third round in last year’s draft and fans could see that same pattern outlined in this year’s draft. Ranked number four in the league in passing yards, people would not think that receiving is an issue for the Charger. But building a solid number two option next to Allen is big for the Chargers moving forward. They do have Eddie Royal and Vincent Brown coming back and Malcom Floyd is also expected to be ready to play. However, being able to count on Floyd, after receiving a major neck injury, could be the catalyst to an early wide receiver pick.

In the first round, the Bolts could pick the 2013 Fred Biletnikoff winner from Oregon State, Brandin Cooks. Cooks, who is 5’10 189 pounds, is extremely fast and has good hands. Cooks has been recently quoted as saying that he thinks “the Jets will pick (him) up” by either moving up in the draft or if he falls to them at number 18. If Cooks is off the board- or even still on for that matter- the Chargers could pick a receiver in the later rounds with more size. A receiver like Rutgers’ Brandon Coleman, who is 6’6” 225 pounds, could be found later in the draft and bring much needed size to San Diego’s receiving core- especially if Malcolm Floyd cannot come back 100 percent.