Self Driving Cars Miracle or Menace? 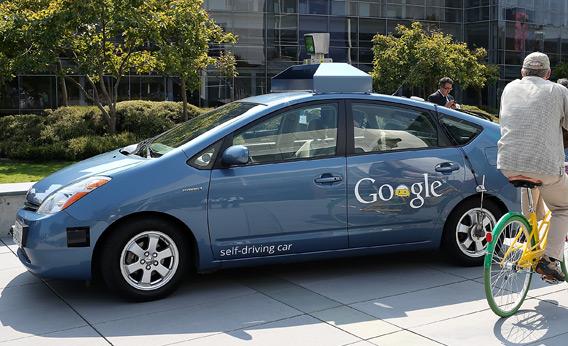 Back in the early 90s, the thought of being a passenger in a driverless or self-driving car was a thing of science fiction; but ever since DARPA introduced its 2004 Grand Challenge–a prize competition for autonomous vehicles, this fantasy has been making strides to become a reality. On the forefront of development for autonomous vehicles, Google has been a major player that has been investing billions of dollars into making this dream into a real world concept. However, faced with the prospect of cars that drive themselves all over the roadways, with potentially no human driver to hold accountable should something go wrong, many are asking if self driving cars are a miracle or a menace.

Recently, Google revealed their progress in developing a self driving car at the Code Conference in Rancho Palos Verdes, California. The prototype was a two passenger vehicle that did not contain a steering wheel or brakes, so it is essentially a bare-bones version of a car that is only able to go or stop. Google’s project director Chris Urmson described the fact that the car does not require a driver by saying “our software and sensors do all the work.” He also stated that the concept vehicle was very basic, but that at this stage they wanted to push the cars out as quickly as possible. The core concept of the car, according to Google, is a vehicle that can get a person from point a to point b at the push of a button as opposed to human intervention via a steering wheel. There was no word from Google with regard to what would happen to the millions of people who rely on driving to earn a living, such as delivery services, truck drivers and so forth should these cars begin to replace traditionally driven vehicles. While Google may view self driving cars as a miracle, people who earn an income from driving might view them as a menace. There is also the question of whether American society wants to rely on self driving cars at all.

BBC writer Adam Gopnik questions how the self driving cars will be able to make ethical decisions, such as whether to swerve to avoid an animal running across the road, for example. Other ethical concerns include how to deal with events happening outside the car. A robot car has no way of knowing when human assistance is needed, and this could create a hazardous situation.

During the demonstration of the prototype of the first-ever self driving car, Google gave several individuals outside the company an opportunity to see what it feels like to be driven by a fully autonomous vehicle. All the reviews of those individuals were positive. A single mom proclaimed that it was an ideal concept because it would enable her to spend more time with her children as she picked them up from school rather than worrying about driving the vehicle herself. Another person claimed that the concept was brilliant due to the fact that he spends a large majority of his time commuting to meetings and said it would enable him to get back some of that precious time he spends focusing on driving.

Unlike the past, where Google would outfit an already manufactured vehicle with its autonomous software and sensors such as the Lexus SUVs and Toyota Prius series, this is the first vehicle that Google has created on its own. The company also stated that while they don’t intend to go deeply into manufacturing, and would rather partner up with other firms, they will manufacture at least 200 more prototypes in their pursuit of developing a marketable fully autonomous vehicle.

Are self driving cars a miracle or a menace? Some commentators have pointed out that there is a concern over what happens when a human being suddenly has to take over the controls from the car’s inner robot. A distracted driver will surely be much more distracted when the car does the majority of the work up until the point, say, where the car hits a patch of ice or someone is stranded on the roadside. What if there’s an accident at which the driver wants to assist? What if there’s a child wandering on the highway? Sudden human intervention from a driver who had been perhaps eating lunch or putting on makeup moments before stopping could create a much more hazardous situation than if the entire trip had been conducted by a human from the start. Technology watchers will surely be keeping a close eye on the future of these self driving cars as they begin to integrate into society and many hope that some of these ethical concerns will be addressed before that happens.