The Rise and Fall of Netscape 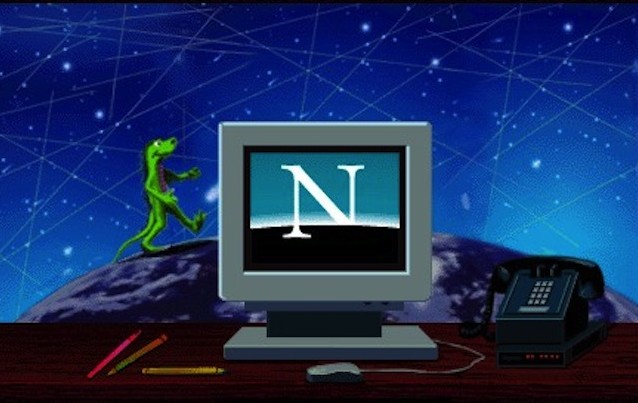 Anyone who was using the internet in the mid 1990s was probably using the Netscape Navigator browser. Simple in design and efficient in execution, Netscape brought the World Wide Web, or Wild Wild West, to early surfers. Most websites then were heavy on text with few images. Though by today’s standards browsing was primitive and lacking commercial might, Netscape set the stage for the browsers we now know, and mostly love. Herein lies the tale of the rise and fall of Netscape.

Marc Andreessen, a graduate of University of Illinois, and Jim Clark of Silicon Graphics (SGI) are Netscape’s daddies. Andreessen had worked on the Mosaic browser at the National Center for Supercomputing Applications (NCSA) while still at the university. Mosaic was, essentially, the first publicly accepted browser. User friendly compared to its’ academically inclined counterparts, NCSA Mosaic 1.0 was launched in 1993. The browser had three platforms with which it worked: the X Window System, Apple Macintosh and Microsoft Windows. Andreessen saw huge potential in what Mosaic could offer.

In April 1994, with Clark and a handful of NCSA and SGI employees, Andreessen built Mosaic Communications Corporation. Mosaic Netscape 0.9 was released in October, and by the end of December the company, now called Netscape Communications, had launched Netscape Navigator 1.0. The release was in a market that was short on competition. Because of this, Netscape Navigator became the primary portal to the world-wide web. It was 1995, and Microsoft was busy licensing the tech offered by Mosaic and building their first incarnation of Internet Explorer.

On August 9, 1995, Netscape went public. The initial stocks were worth $28 per share. By the time the closing bell rang that day, Netscape Communications was valued at almost $3 billion. Meanwhile, Microsoft was set to release Windows 95. With the release, they were also offering an additional package. The Windows 95 Plus! Pack included the operating system, Internet Explorer 1.0 and TCP/IP, the needed protocol to use the internet. Microsoft was poised to destroy Netscape.

Throughout 1995 and 1996, the two browser giants made releases, one after the other. Once Internet Explorer 3.0 was available, Microsoft had caught up to its rival and was matching Netscape in every way. In response, and in an attempt to stand apart from Microsoft, the Netscape Communicator 4.0 package was launched in the later part of 1996. The idea was to attract “the suits,” the people who worked in sales and management positions. Communicator offered an e-mail application, Usenet client, web editor and address book. However, the idea fell flat amongst the intended audience. Though they were on the rise, this may have also marked the beginning of the fall of Netscape.

Though they continued to evolve Navigator 3.0 and Communicator 4.0, the threat of Internet Explorer hung around Netscape like a dark cloud. Microsoft was ruthless, and not just in the way they were developing their products in a frenzy of competitiveness. The night before the release of Internet Explorer 4, a giant IE logo showed up on Netscape’s front lawn. The logo was knocked over and on it was placed a triumphant looking Mozilla dragon holding a sign that read: Netscape 72 Microsoft 18.

Netscape announced that it intended to release Netscape communicator’s source code to the public in January 1998. This move helped to birth the Mozilla Organization, a community of internet insiders, who create open source technologies and products. Sadly, this had an ill-effect on the browser platform development that year. In turn, Microsoft was basically handed the reins. During that summer, Internet Explorer became the most widely used browser.

In November, AOL bought Netscape Communications for $4.2 billion. However, development still languished, and it was not until April 2000 that Netscape 6, using Mozilla code, was previewed. Two years later, they released Netscape 7. This was the final major version to use that particular source code. In 2003, AOL laid off most of the Netscape staff. The development was done through AOL using Mozilla’s Firefox code. Re-branding and outsourcing led to versions 8 and 8.1 between 2005 and 2007. The public paid no attention. In one final effort, AOL released Netscape Navigator 9, but the reign was long over. In February 2008, AOL pulled the plug.

Even though the browser could not successfully compete with Internet Explorer, the people who brought the world Netscape did also give birth to Mozilla Firefox. That particular browser today continues to keep Microsoft on their collective toes. Though the rise was glorious and the fall drawn out, Netscape will always stand as the first browser to capture the public’s attention.