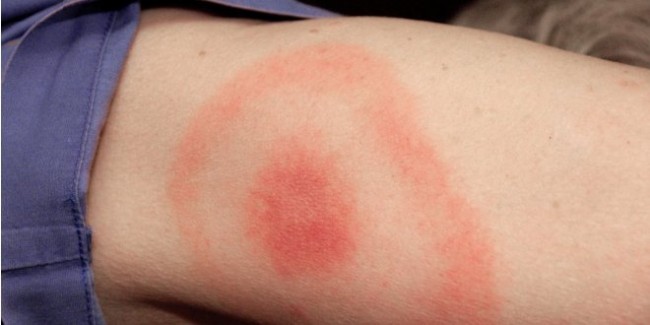 Tick season is in full swing across the entire United States and people need to be careful about Lyme disease. Bob Russell, who works for American Pest Solutions, explains that ticks are likely to hide along the edge of property. He says that areas which have tall grass and thick brush were the locations most expected for there to be lots of ticks.

One way to lessen the bugs is to mow or cut down the long grass. Another resolution is to use chemical products to get rid of the ticks. Russell stated that the chemicals are only effective for a few days at a time and have to be applied correctly to work. He proposed calling in a professional if there is apprehension because their chemicals last for a longer period of time and are more powerful.

If someone finds a tick on his or her body, Dr. Marie Vitale, who is a medical director in New England, explained that the best way to get the tick off is with a pair of tweezers. She stated that if the tick is removed within the first 24 hours, the chance of getting Lyme disease or any other illness is extremely low.

She explained that it is vital to watch the place where the tick is dug in for any type of rash. The symptoms of Lyme disease take between three and 28 days to show up. Dr. Vitale states that a blood test may pick up the existence of Lyme disease, but it will take a few weeks to show up. The treatment for Lyme disease is most usually antibiotics. Symptoms are most often headache, neck pain and fever. If it is not treated, the disease might go to the joints and then on the brain. She recommends that if there is any doubt, to go get medical help as soon as possible.

Experts tell that it is best to wear clothing that is light in color, items such as long pants and a shirt with long sleeves if one is planning on being in the woods. The light colors will allow any ticks to be seen more easily.

Ticks become infected with Lyme disease once they have bitten birds, squirrels mice or other small animals which might be carrying the dangerous burgdorferi bacteria. Lyme disease is found in around 30 percent of ticks. The disease is named after the city of Lyme, Connecticut because that is where it was first identified back in 1975 but it only really became a nationally reportable illness in the 2000’s

The disease is transmitted to humans from the bites of the infected ticks, which might only be about the size of a poppy seed. The female of the species are able to grow to over 100 times their original size after sucking on blood.

Experts believe the upswing in ticks is linked to rising temperatures from climate change. The bug-friendly environments are making it much easier for the bugs to move into new regions. Tick season is in full swing across the entire United States and people need to be careful about Lyme disease.