Vampires: More Than Meets the Eye 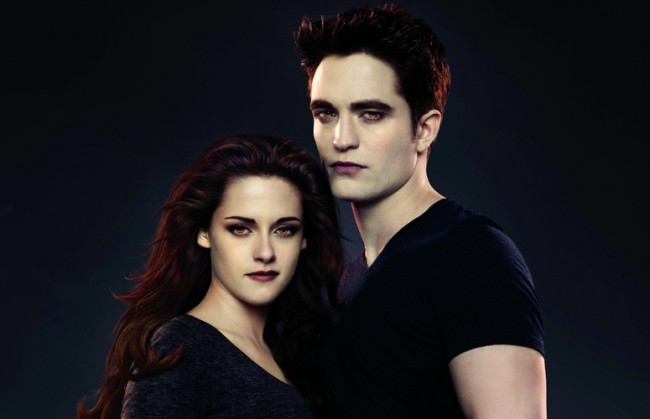 The Twilight franchise of books and movies may have whet tweens appetites for vampires, but it was only the tip of the iceberg as far as the popularity of the undead goes. With experiences like The Walking Dead and Supernatural, people are able to get their fix of the bloodsuckers and other ghouls as easily as turning on the television. Even Tom Hiddleston, he of Loki fame, has gotten in on the act, playing a married vampire whose moroseness is complete with brooding and paleness. But the world’s fascination with this class of horror characters goes back so far into history that many people make an academic study of it. Archeologists dig up graves of suspected vampires, tracing the history around them to determine just what created the mystique and paranoia that surrounds such creatures today. While academia provides one piece of the puzzle to their abiding fame, the vampires in the entertainment industry are continuing the hype and both sides in one way or another are trying to prove that there is more than meets the eye to these popular characters.

Morbid as it may seem, for academics the best source of information about alleged vampires comes from their bones. Earlier this month, a skeleton was exhumed in Poland with signs that it had been buried as a vampire. A piece of rock was found in the mouth of the skull, teeth had been removed from the jaws, and a wooden stake had been driven through the leg of the deceased. For serious academics, this points to a highly unusual burial practice with ritual overtones. Reasonable explanations range from superstition, the burial of a criminal, or just plain unexplained reasons. For other people, however, it is another piece in the growing lore surrounding vampires.

The method of burial may not seem typical of vampire lore, which would prefer the stake be through the heart, but this skeleton dates back to around the 16th century which had a slightly different view on how to dispose of bloodsuckers. The rock and removal of teeth may have been designed to prevent a risen vampire from devouring its own flesh and burial garments, something only the Polish ones seem to do. Furthermore, the stake in the leg may have been put there, not to kill the vampire, but to prevent it from rising out of the grave and terrorizing the living. This points to another interesting facet of ethnically Polish vampires. According to local legend, the ubiquitous biters were born, not made by a bite. They could live normal lives among the populace without ever raising suspicion. But after their deaths they would rise from the grave and wreak havoc by killing and eating any living person who crossed their path. With that kind of story in mind, the precautions taken with this particular skeleton seem pretty reasonable. 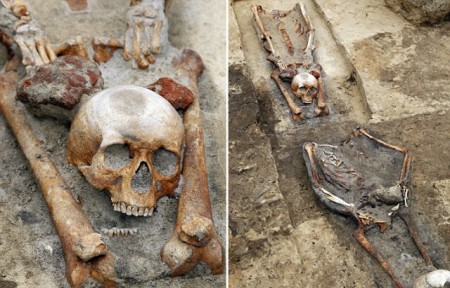 This recent discovery, though, is just the tip of the iceberg as far as academics are concerned. During certain periods of history and in certain areas, people became seriously panicked about the idea of vampires rising from the grave. This led to a large amount of interments that point to vampirism, or at least the fear that the deceased was a vampire. The dead could be chopped up in a variety of different ways designed to prevent them from being able to crawl out of the grave and then placed in certain ways inside the coffin. Heads have been found placed between the feet in order to keep a vampire from putting it back on its neck. As in the recent Polish case, stakes could be driven through the body into the coffin in order to keep the dead pinned and unable to escape the grave. All of these signs point to the fear that residents had of the thirsty undead and the care they took to avoid a massacre by the ravenous undead.
This kind of thing points a high degree of superstition during earlier centuries, but is that all there is to the story of vampires? Can pointy-toothed drinkers of human blood really be boiled down to just ignorance and fear? In a way, yes, still there exist certain patterns that point not just to irrational acts, but to disease. It is just possible that the vampire burials are due to a misunderstanding of tuberculosis being a supernatural condition.

One case that points to the role of tuberculosis comes out of Connecticut. A skeleton was exhumed and found to be placed in an unusual skull and crossbones formation. Examination by physical anthropologists revealed that the deceased had suffered from tuberculosis, or what was called consumption centuries ago. Why the connection between this disease and vampires? Perhaps Bella Swan said it best. “Your skin is pale white and ice cold… you never eat anything.” These kind of characteristics were common in consumptives who were pale and lost a lot of weight due to their disease, appearing to waste away in a deathly manner. Outbreaks of tuberculosis could result in a form of mass hysteria about something that was little understood and chalked up to vampirism. This is a key detail that unites many of the findings of vampire burials all over the world, a far more human explanation for a seemingly supernatural phenomenon.

This is only a portion of the scholarship surrounding vampires and it is far less known than the popular renditions of vampire lore. The vampire as entertainment has undergone a radical transformation from the time of fear and staking to coffins. In the Polish lore, they were born instead of made and could roam the world in daylight or dark. After time, a bite became the primary means for making someone one of the undead and the dark, the usual realm of evil, became their preferred lighting. Dracula, the most famous vampire and the fictional character with the most appearances ever, is one example of this kind of “traditional” vampire. He may not be truly traditional, but he has become a horror genre icon, the best example of the fear and trembling these monsters are supposed to instill in the audience.

Over time, however, vampires have changed from horror movie villains into a more deep exploration of humanity itself. Movies like Interview With a Vampire and the Twilight Saga cast them in a different light, giving them personalities, moral qualms, ethics, and desires that go beyond a simple thirst for blood. In part because of this change in representation, vampires have become prevalent in pop culture. Perhaps it is because audiences see a reflection of their own humanity stretched to its utmost boundaries. After all, vampiric characters are technically dead, so how do they handle a form of living that exists in a grey area? In the case of Edward Cullen, the problem of immortality provided an interesting backdrop on how people see love and the desirability of living forever. He provided a cautionary tale on immortality at a time when life expectancy was consistently rising. As people start to live longer, the issues that immortal, sparkly Edward faced became even more relevant to humans today. 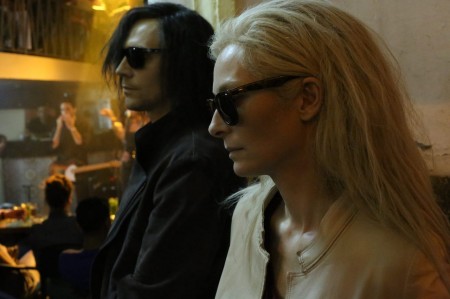 One of the more recent renditions of vampires is the movie Only Lovers Left Alive, starring Tilda Swinton and Tom Hiddleston. These two actors’ pale looks lend themselves well to playing the undead as does their otherworldly good looks. Their characters have been married since the late 1800s and are living in the modern world in a hipster’s paradise, complete with vintage clothes, guitars, and a sarcastic attitude towards the world. Together, they brood over the state of humanity today and their own desires regarding the world, which may be more to leave it than to live for another century more. Despite the echoes of Cullen that reside in the description, the psychology of these characters tries to go as deep as possible and the conclusions of the film far more different than those of the tween phenomenon. In that respect, the film concentrates on their humanity rather than their supernaturalness, making it just the latest offering in a genre that is trying to prove that vampires can be interesting for more reasons than just horror thrills.

After more than a millenium of fascination with the undead, it is unlikely that they will ever go out of style. The success of Twilight will no doubt continue to attract filmmakers seeking to ride its coattails and discoveries such as the one in Poland will feed the imagination of storytellers and audiences. But both academics and entertainers are attempting to do something with the character of the vampire that is more revealing of humanity than anything else. Together, they are showing the world that there is more to vampires than what meets the eye. After all, what bloodsucking monster with overly sharp incisors and an aversion to the sun does not want to be understood?