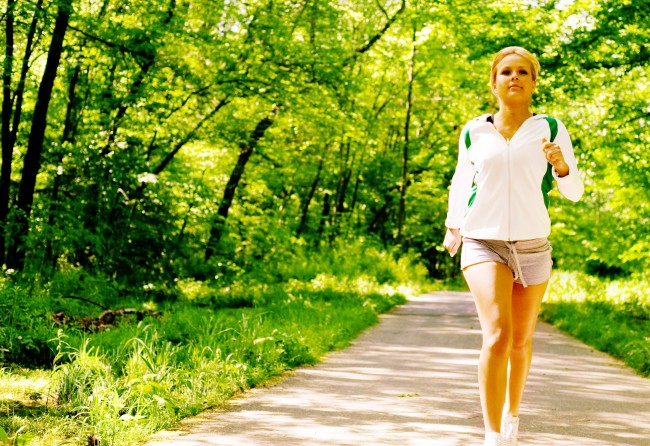 Walking stimulates creative values and promotes cognitive function. Researchers at Stanford University have been conducting experiments that confirm the differences between those who walk versus those who sit, showing that the former are definitely more creative. Creativity is also shown to increase immediately after forward locomotion.

A thought to ponder is that not only are there health benefits to walking forward, but also to walking backwards. Taking walks has long been considered to be a low-impact exercise that requires no equipment and it is free. Although the benefits are many, one that most likely comes to mind right away is the cardiovascular benefit that will reduce the risk of heart disease and stroke. It stabilizes blood pressure as well as lowering the bad cholesterol, at the same time raising good cholesterol. High blood pressure can cause strokes if not properly controlled. A brisk 30 minute walk is a good preventive measure to enforce, as it can reduce risk for stroke by up to 27 percent.

Stepping it up definitively wards off disease and one of those would be type two diabetes. Walking daily can reduce that risk by 60 percent. In addition, that forward motion will also increase tone and muscle mass as well as metabolism. Muscle burns fat! Something exciting to point out is that consistent exercise also reduces dementia, because it acts to protect the brain. Those who walk daily may avoid brain shrinkage which preserves memory. Osteoporosis also responds well to weight-bearing activity and walking produces just that; and it keeps the joints healthy and moving.

Toning  your legs, buttocks, and tummy can be achieved through forward movement. Hills are friendly to lift those glutes. Swinging your arms, bent at the elbow, also adds benefit by tightening up those bat wings.

Since walking boosts circulation, it naturally energizes. Breathing in extra oxygen increases your alertness and is a real mood booster, and activity makes those endorphins happy. A whopping 83 percent of individuals suffering from some type of mental health issue look forward to the stimulus of exercise. Generally they prefer outdoor activity where lots of green exists.

Forward motion is good, but what about walking backwards? Is there any health benefit to that? The first benefit would be that it breaks those nasty plateaus. The American Council on Exercise states that your body adapts to routine in about six to eight weeks. Confusing the routines proves to be highly beneficial.

Retro walking, which implies moving backwards, originated in ancient China. They use this method to build muscle and promote balance. Those over 50 improve cerebellum function with backwards locomotion. It also helps coordination, bodily movement and flexibility. Walking backwards requires less range of motion; therefore, is favorable for those with knee problems. Since the toe strikes the ground first instead of the heel, it causes a realignment of the pelvis, releasing tension in the lower back.

Think about it, different muscles are being utilized and it increases flexibility in the hamstrings. The intensity of ones heart rate increases more than when walking forward. It also burns more fat. Backwards locomotion sharpens your brain by increasing cognitive control, keeping you mentally sharp. It requires your senses to be on the alert. When backward walking, do so in an open field, or take a buddy so there is no tripping and falling. The brave might try backward running, but a surprise is that backward locomotion can even be preventive in developing hunchback.

So whether walking forward or choosing backward locomotion, either way of walking stimulates your creative values. Get those creative juices flowing and keep moving.