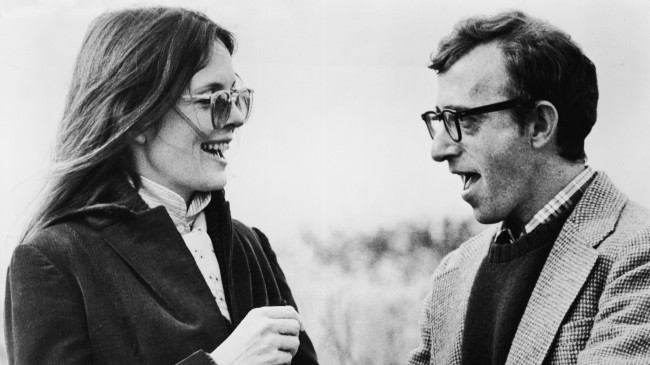 It is never easy to associate one as iconic and revered as Woody Allen with dark and disturbing allegations like child molestation. With the recent published confessions of abuse from his ex-stepdaughter, Dylan Farrow, in the New York Times, however, the lamentable light has been shined and the scrutinizing has ensued. With Farrow’s word against Allen’s in a now very public domain, many of Allen’s more reputable friends have come forward in his loyal support. Diane Keaton is the most recent to join the Woody Allen advocate list as the unpleasant plot thickens.

Woody Allen has never been one to evade controversy in his venerable years among the gods of film. His taste in woman has always kept his love life a thing of colloquial conversation, although it never seemed to slow his movies’ prosperous momentum. This newest accusation, however, whether it be true or false, is the grimmest of them yet, and lifelong friends and colleagues are coming to his rescue to ensure his life’s work is not forgotten behind the harmful tarnish of potential slander.

Diane Keaton made sure to address the scandal in a recent interview when she claimed to genuinely believe her dear friend’s innocence, going on to point out that she loves him and considers him the strongest man she knows. As someone who has historically been there for so many of Allen’s paramount moments, Keaton hopes her endorsement will not be taken lightly. Most will remember her from Annie Hall, although her presence in Allen’s career is certainly not relegated to just one famous film. According to Diane Keaton, the newest and possibly most ardent advocate for Woody Allen, if he says he is innocent, he is.

When the story hit the New York Times straight from the mouth of Dylan Farrow, inopportunely following his lifetime achievement award at the Golden Globes this year, Allen quickly offered his own account to the Times just days later. The actor/writer/director is sadly no stranger to sexual controversy, and the last thing he wants is to rehash battles he has already waged. He sternly denies all charges and with stars like Scarlett Johansson and now Diane Keaton coming to his defense, his case seems reasonable.

Why, though, would Farrow fabricate the very incidents that she claims haunt her so vehemently? As with most scandals there are numerous possible outcomes, none of which come with happiness attached. The truth has yet to be exposed, though, and while most would agree they do not want to believe the nauseating allegations, they must be verified none the less.

When Farrow heard of Keaton’s unyielding support for her ex-stepfather, she took to the internet once more, asking Keaton why she had forgotten about the little girl she used to know. Keaton responded by clarifying that she had met Dylan in her younger years no more than three occasions, and had no relationship with Dylan’s mother, Mia, either. Woody, however, was spotted just recently with Keaton in their classic locale of Manhattan, a site so intimately entwined in their onscreen affairs.

Whether the sobering stories from Farrow are valid or not, one cannot help but reminisce of all the affable moments Allen’s work has bestowed them. Like Roman Polanksi and Michael Jackson before him, he will have to bear the burden of this unfortunate debacle for the remainder of his years, an attribute he presumably did not want on his respectable resume. Hopefully the resolution will reveal he is indeed the lovable goon America has always endeared him to be. Either way, Diane Keaton has advocated for Woody Allen, standing behind the man she believes him to be, and only time, it seems, will tell the tale.