Addiction and Sun Tanning: Endorphins Affect the Need for Sun

By Alexandria Ingham on June 20, 2014Comments Off on Addiction and Sun Tanning: Endorphins Affect the Need for Sun 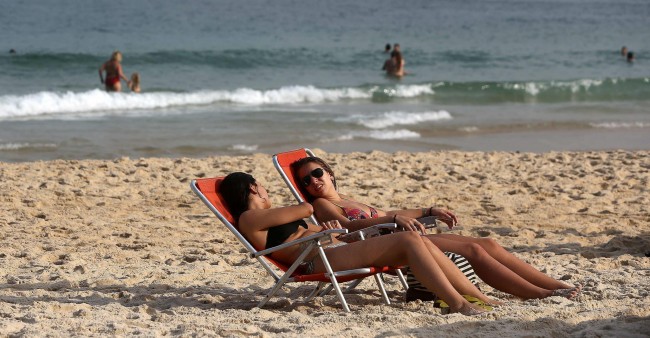 According to a recent study, the endorphins affect the need for the sun, leading to an addiction for sun tanning. In fact, the need is so high that it is like a drug addict needed heroin. This may explain why so many people opt for sun bathing on the beach or using the tanning salons despite all the research into skin cancer and the UV rays.

The recent study was conducted on mice, and found that beta-endorphins increased in as little as a week after a daily dose of the UV rays. These beta-endorphins are also known as the “happy” or “feel-good” hormones, and can lead to a similar feelings gained by drug addicts who take morphine or heroin. Those addicted to the rays will enjoy the feeling of the endorphins and want more, leading to them ignoring the risks. Some even go out without protective sun cream and use oil instead to gain a quicker glow.

Scientists found that the mice did not just become addicted to the rays. They also lost their sensitivity to the temperature and touch, and would have classic withdrawal symptoms when they did not get the rush of endorphins. These symptoms include trembling and shaking.

Many people in the past have laughed at the idea of addiction and sun tanning going hand-in-hand, but the recent study does show that the endorphins lead to the need for the sun. This could help with educating people more, and helping to curb people dangerously bathing on beaches or over using the tanning salons. Lead scientist and Harvard Medical School professor Dr. David Fisher hopes that it will help to “curb excessive sun exposure to limit skin cancer risk,” along with other side effects from too much sun.

Some scientists have accepted that there is some type of addiction when it comes to the sun, but it has only been now that they understand the full extent of it. The study has been published in the medical journal Cell, and scientists hope that this will help prevent people from going out in the sun without protection.

For those who do enjoy going out in the sun, there are a few safety tips that should be followed. One of those is to use sun cream, but not to treat it as an excuse to remain out in the sun all day. The National Health Service (NHS) in the United Kingdom recommends people to only stay out in the sun as long as they would without sun cream. The cream is a protective barrier for when sun exposure is unavoidable.

The sun is at its hottest between 11am and 3pm, so avoiding exposure during these hours is best. Those who choose to swim or take a shower should reapply their sun cream, even if it says it is waterproof. Those who do swim outside should be aware of the risks of the water reflecting the sun, and the cooling sensation felt while in the water.

Sun is good for the body in small amounts. It helps to gain the vitamin D needed. However, it is dangerous over the long-term. It now appears that sun tanning is an addiction for some, as the endorphins lead to a need for more sun.