Airbus Takes a Hit and a Flight 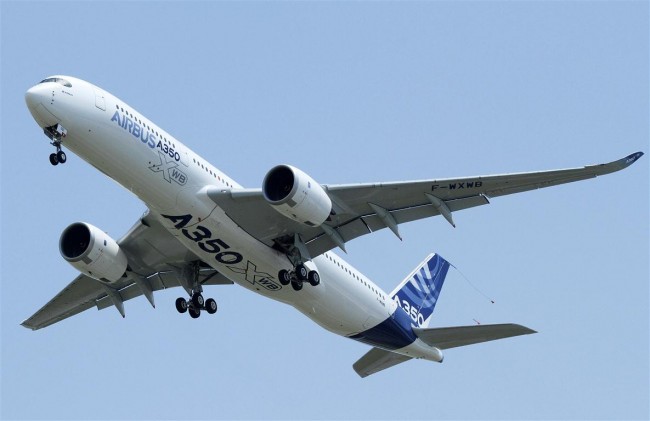 Airbus is one of the largest aircraft makers in the world, having produced over 600 planes last year alone. The European company is based in France and has over 63,000 employees working in four different European countries. The engines used in their planes come from the American corporation GE and the British company Rolls Royce, which is best known as a luxury car brand. The European aerospace company’s chief competitor is the American aerospace company Boeing. Last year, Emirates Airlines placed an order with the European company for 70 of their cutting edge A350s. However, on Wednesday, Airbus’s stocks took a hit when the aforementioned airline canceled their order to instead go with 150 Boeing 777Xs. Yesterday in an attempt to reassure investors, the company took critics out on a flight to quell any speculations about their A350.

Though Emirates Airlines backing out of their order was the largest cancellation the aerospace company has had to face, they seem cool and collected on the surface. The company’s CEO, Fabrice Brégier, told The Financial Times that while the company would have preferred the airliner to choose their new A350s, it ultimately is not a problem for his company. The order was not due to be completed until 2019, and therefore the owner is not worried about filling the order with other airlines. The company’s chief concern is getting their production rate to 10 A350s a month by 2018.

Thus far, the order has been placed for upwards of 700 A350s, but in 2014 there have already been more cancellations than the company saw all of last year combined. However, this could be because many airlines made overly ambitious projections, analyst at UBS, David Strauss suggests that both large aerospace companies could reach cancellation rates of up to 20 percent. The A350 is also the single biggest risk the company has ever taken, with both its bold time-table and the fact that the aerospace company decided to go with a Carbon alloy as opposed to aluminum which is customary. In order to nip any hit to their aircrafts’ credibility at the bud, Airbus made a decision to take out 300 journalists, in both Manhattan and Toulouse, on a flight to prove their jumbo jet’s innovative advantage.

That same day, representatives of the aerospace brought along with them executives from Emirates Airlines to help convey the point that their A380s would prove to be highly beneficial to multiple airline hubs in the U.S. and that they are in fact disappointed more airlines do not employ them. The reason being that there is an increase in demand for long distance flights, so American airlines should not supply the demand with more flights that waste more gas and are already approaching the limit as it is, and instead employ larger aircrafts such as the A380. Not doing so is leaving money on the table. The double-decker A380 is actually the largest civilian superjumbo jet on the market and would help American hubs better compete with other hubs that use them such as Emirates Airlines main hub in Dubai. Emirates Airlines said on a separate occasion that they were so fond of the A380s that if Airbus were to produce a more fuel-efficient model that they would add to the fleet of 140 A380s that they already have.

Another option the Aerospace company is considering is to update their highly lucrative A330. The A330 is their most profitable line even though it is a 20-year-old model. Most airlines say that their A330 is an excellent aircraft, but that they would like to see an improvement in fuel efficiency. Brégier was weighing the options of updating their models with their engine makers, seeing if the market would support their having two engine models. He said that the public would have his decision. What seems to be certain is that Airbus is looking at profitability, the company does not want to rush into any decisions without the proper research.

The aerospace company is also looking way ahead into the future with their E-Fan. The E-Fan is an electric four seat plane that represents the company starting to take steps to electric commercial flights, which could be zipping around the skies in 15 to 20 years. However, the E-Fan will be seen in the skies over France as soon as 2017, because they will be replacing smaller planes for training new pilots, as they only costs a few cents an hour to fly. So do not take Airbus for granted, they may have taken a small hit, but with a business Brégier at the helm their stock will be flying and flourishing again in no time.