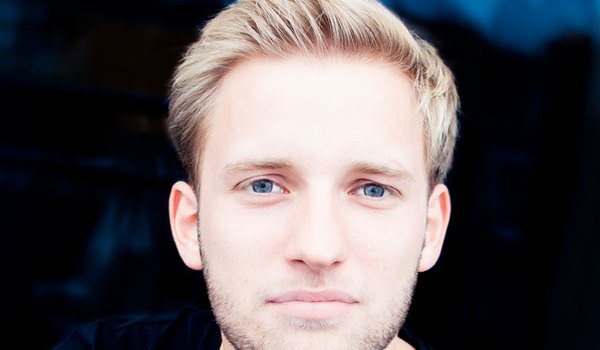 Blond hair is related to genetic variations near a particular gene, according to a study recently reported in Nature Genetics. David Kingsley of Stanford University and his co-authors found a small region of DNA, which varies in individuals, produces associated variations in the darkness or lightness of hair with some variations. The DNA sequence that was related to the changes in coloration was initially studied in stickleback fish and Kingsley then decided to extend the research study by looking at coloration in human hair. He and his team found that a particular small area of DNA near the KITLG gene regulated the gene and had the effect of producing blond hair.

The genetic variation that is related to blond hair involves a change in a single nucleotide, called a single-nucleotide polymorphism or SNP, and this change is not in a gene. The DNA nucleotides are commonly referred to by the letters A, T, C and G and a strand of DNA is commonly designated by the sequence of these letters in the strand. For example, a strand of DNA can be represented as ATGGCCATCCATC. Individual differences in DNA are plentiful with some involving a difference in only one letter. For example, one person may have a T instead of a G in the DNA sequence. In other sections of the DNA, there may be many changes in the letters of the DNA sequence among individuals.

One of the more recent and exciting developments in the field of genetics is the discovery that DNA sequences that do not contain a gene are involved in editing and modifying the activities of genes. This in-between DNA; that is, in-between the genes, has been called “junk” DNA because geneticists could not explain the purpose of these regions of DNA. Just after DNA was discovered as the genetic material, scientists became very busy learning how the purpose of genes was to code for proteins that were produced in just the right amount at the right time to direct the life activities in the cell. The non-gene DNA was relegated to being junk DNA and seemed to just get in the way of the work being carried out to determine which genes were associated with diseases or other phenotypic traits. The early goal of genetics was to discover the gene for cancers, diabetes, cystic fibrosis and other devastating common diseases and junk DNA was not in the picture.

The gene that was closest to the small change in DNA found to be associated with blond hair was the KITLG gene. The KITLG gene codes for a protein that plays a role in getting cells to their proper destination during development and then getting the cell to diversify into the proper type of cell, such as a hair cell. Kingsley’s research lab found that the DNA sequence that altered the KITLG gene activity in human cells only changed it by 20 percent, however, that amount was enough to lighten hair color to make it blond. Kingsley likened it to turning the switch down on hair color.

Humans are very interested in the inheritance of eye color and hair color in their families. When a woman is expecting a baby, there is always quite a bit of discussion on what color the baby’s eyes or hair will be. Members of the family guess whether the baby will look like the mother, father, grandparents or even an uncle or more distant relative. Rather than getting a genetic test, however, to know whether the baby has the genetic variation for blond hair or dark hair,  it might be more fun to let it be a surprise for all the relatives at the moment of birth.