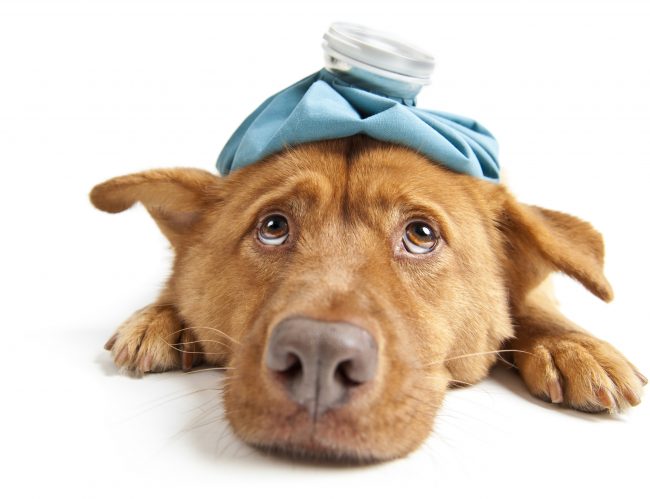 Canine influenza cases have been recently diagnosed in Massachusetts and Rhode Island. Considered uncommon, doggie flu has owners, who may not have been aware that such a thing even existed, worried and running to vaccinate their pets. Veterinarians in the area, such as Dr. Heidi Bassler in Salisbury Massachusetts, says the illness have never been a problem there before, so she has never vaccinated dogs for the flu. This now leaves the population vulnerable to disease.

Bassler calls it a “naive population of dogs,” who have never been exposed to canine influenza. As with people, exposure to the flu most often happens in social settings. This would include doggie daycare, obedience classes, dog parks, or boarding kennels.

Fortunately the disease, although contagious in dogs, is not a disease of humans and cannot spread from dogs to people. However, humans can transfer it to other dogs due to contaminated clothing or toys carried from one dog to another, since the disease is spread by direct contact with respiratory secretions in the air or on objects. If dogs are coughing or showing other signs of respiratory distress they should not be taken into social settings where other dogs can be exposed, and their human parents should take care to wash clothing, hands, and play toys before healthy dogs use them.

Massachusetts and Rhode Island vets say that as of now there have been just a few cases of canine influenza reported. Dog flu symptoms are similar to human flu symptoms: cough, fever, runny nose, and lack of energy. Symptoms last for about two weeks, or until the virus runs its course. Since it is a virus there is no medical treatment to shorten the length of the illness, but vets may prescribe antibiotics to help with secondary bacterial infections that can sometimes come along with the flu.

Dog flu began as horse flu, which for over 40 years has been known to exist. In 2004 there were reports of an strange respiratory illness that was sickening dogs, and investigation showed that it was the equine influenza A H3N8 virus. Horse flu had jumped species and adapted to sicken and spread among canines. According to the Centers for Disease Control and Prevention (CDC), very few dogs die from the disease. Some dogs who have it are very sick, some have no symptoms. Sometimes a severe infection starts with pneumonia.

A dog flu shot exists, but not all dogs need it, according to vets. Just as with human flu shots, the two-injection vaccine may not protect from all flu illnesses, however, it can reduce the severity and length of the infections. Dogs need a booster every year for continued protection. In 2011 there were dog flu outbreaks in New York, New Jersey, Pennsylvania, and Colorado, which had the American Veterinary Medical Association recommending that social dogs be vaccinated.

Healthy Pets cautions that unnecessary vaccinations can compromise a dog’s immune system, so dogs who are not at risk should not get flu shots, particularly since the disease is rare.  However, with outbreaks occurring in Rhode Island and Massachusetts, vets say they are ordering as much canine influenza vaccine as they can get.