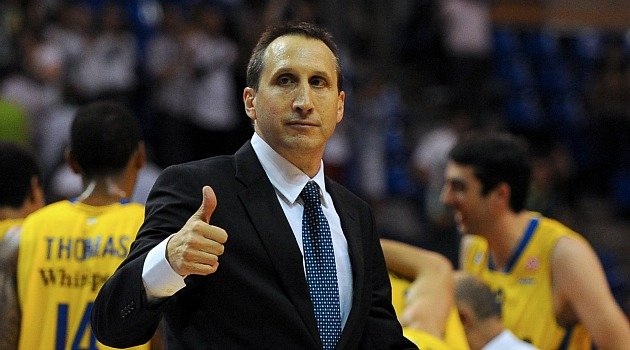 David Blatt is taking his talents to the Cleveland Cavaliers. According to a Yahoo Sports report this afternoon, the legendary Euroleague coach is set to become the next head coach of the struggling franchise. Blatt agreed to fill the Cavs head coaching vacancy in last 24 hours, but the deal has not yet been announced. When the announcement is made official by the organization, Blatt will become the first head coach to make the transition from Europe to the NBA. Despite a lack of NBA coaching experience, sources believe that the 55-year-old Platt may garner a contract of “as much as $20 million.” Platt will lead a Cleveland franchise which has become much maligned since the free agent departure of LeBron James four years ago to the Miami Heat.

The new position comes with much competition as Thursday’s deadline loomed for owner Dan Gilbert and general manager David Griffin to make a decision on Blatt. Hot on the tail of Blatt was former NBA guard and current Los Angeles Clippers Assistant Coach, Tyron Lue. Sources indicated many teams, including the Cavaliers, have coveted Lue as a potential suitor with a bright future as an NBA head coach. However, ultimately the pressure placed upon the Cavs tipped the scales in favor of Blatt. Thursday also marked the day that Blatt was believed to be on the verge of signing an agreement to become assistant coach of the Golden State Warriors, under newly hired head coach, Steve Kerr.

Many European players have had immense success in the NBA, such as all-stars Dirk Nowitzki, Manu Ginobli, and the Gasol brothers. However, the head coaching jump from overseas to the NBA is uncharted territory. Blatt’s resume includes an infamous upset victory over Real Madrid in the league championships while coaching the Macabbi Tel Aviv basketball team. The high-profile European coach won a bronze medal in the 2012 Olympics and also has won championship hardware from a 2007 Euroleague title with Russia. Across the seas, championships have been eluded by the Cavaliers franchise since their introduction to the league in 1970. The franchise has won just 46 percent of its games and achieved only one NBA Finals appearance during that span.

Last season, the organization sought to bring back the head coach who lead them to their lone NBA Finals appearance back in 2007. Mike Brown signed a deal just last summer to come back to the Cavs after being fired five games into his second season with the Los Angeles Lakers. Brown was fired in a controversial move, following back-to-back 60 win seasons with the Cavs. Many analysts believed Brown was unjustly fired to appease LeBron James during the four-time MVP’s fee agent process.

In his second stint with the Cavs, Brown’s team failed to reach the playoffs in the significantly weaker Eastern Conference winning only 33 games. Known for defensive first mindset, Brown’s approach may not have clicked with Cleveland all-star point guard Kyrie Irving. The all-star game MVP feuded with his backcourt mate Dion Waiters during the season. Waiters stated his belief that the “Cavaliers have a double standard when it comes to Irving,” referencing his propensity for bad shot selection and a lack of defensive effort. By the end of the season, the Cavs had once again fired Brown. However, for the city of Cleveland and Cavs fans, their prayers may have been answered with Blatt agreeing to terms for the head coaching deal.

Blatt resigned from his head coaching duties at Maccabi Tel Aviv last week for this very sort of opportunity. Blatt played for the legendary coach Pete Carril at Princeton during his college days. Carril went on the record with praise of Blatt stating that he knew “right from the get-go” that would have NBA head coaching in his future. The guru behind the “Princeton Offense” raved about Blatt’s “analytical mind,” likening his potential coaching abilities to the systematic success of the five time and current NBA champion San Antonio Spurs squad.

The announcement from the Cavaliers camp on their agreement with Blatt for new head coach’s deal is looming. However, the first battle the new forces will most likely handle could be the media. Rumors have swirled recently over the future whereabouts of free agent to be LeBron James. Basketball analysts such as Skip Bayless and Charles Barkley have made comments over the years eluding to a desire for LeBron to return to the city he helped transform into a contender. There is still no clarity as to wether the Ohio native intends return to the Cavaliers. One thing for certain is that the Cavs front office has invested millions in Blatt with hopes that the “Euroleague icon” can duplicate his success overseas in the NBA.