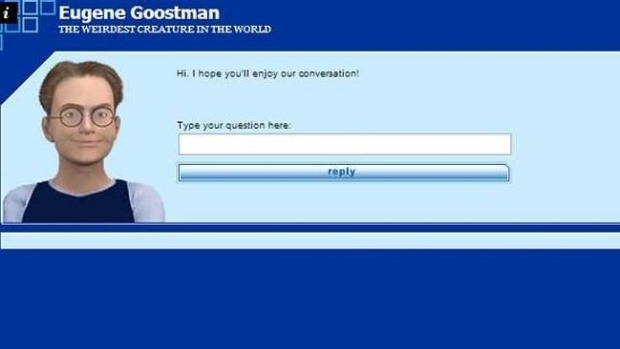 Numerous individuals have caught word about “Eugene Goostman,” which is a computer program created by Vladimir Veselov, Sergey Ulasen and Eugene Demchenko, and it passed the Turing Test this week. However the responses toward the computer doing so have been strange to say the least.

People’s reactions have been similar to how fans act when a lesser team wins on the soccer field due to a penalty shoot-out. Yes they won, but it almost seems that they did not deserve the win. Likewise, many seemed to believe that the threshold for passing the Turing Test was much too low and that the judges were too unassuming; they failed to ask the proper questions that would have puzzled the robot. So therefore it won, but clearly the victory did not mark any sort of real Artificial Intelligence.

These people have all missed the very point of the computer program taking the test in the first place. That was is a machine able to think? For Turing the question was basically too meaningless to even deserve any discussion. What is the actual act of thinking anyway? The idea will probably never be exactly answered. Turing’s purpose instead was to make available a standby for the pointless question a perfectly important one that had the quality of being forthright and decidable.

The Turing Test is basically a game of imitation. The evaluator had the task of deciding, on the source of text-based communication, whether he or she was interacting with another person or a programmed computer. The machine passed the test if the reviewer was not able to recognize it as being a machine after an appropriate period of time.

The test ended up making a lot of sense. If one went on the conjecture that people are the actual thinkers, then there would be something to the idea that the machine is thinking if the person cannot tell, sorely on the basis of discussion, that he or she is not, in fact, talking with another individual. Computers which pass the Turing Test, at least with respect to written communication, are thought to be as decent in thinking as real life thinkers.

AI has yet to prove the existence of artificial thinkers but it has altered the way in which scientists look at the act of thinking and it is now actually kind of accepted to say things like Watson, the IBM computer, was the Jeopardy game show champion, or that Deep Blue actually did beat Gary Kasparov in a game of chess. The fact of the matter is that over 30 percent of the judges’ panel in the latest test did not realize that “Eugene Goostman” was a computer program instead of a child.

Please remember that Turing’s main contribution to mathematics was the theory of computability and mathematizing the intuitive idea that some questions could be answered by using algorithms. However it was not his assertion that he proved each one. Besides it is only the algorithm functions that are able to be computed by what is known today as a Turing Machine.

Now it is probably best to believe that computers designed to pass the Turing Test really is not the cutting edge of technology for AI. With the way reactions to the Eugene Goostman test seem to show, it actually was too simple for a humdrum bag of tricks to emulate thinking within the boundaries of the game. However the fact itself was informative and brought everyone a step forward because the computer program was able to pass the Turing Test this past week.