Cruise Automation Promises to Make Any Car Drive Itself for $10,000 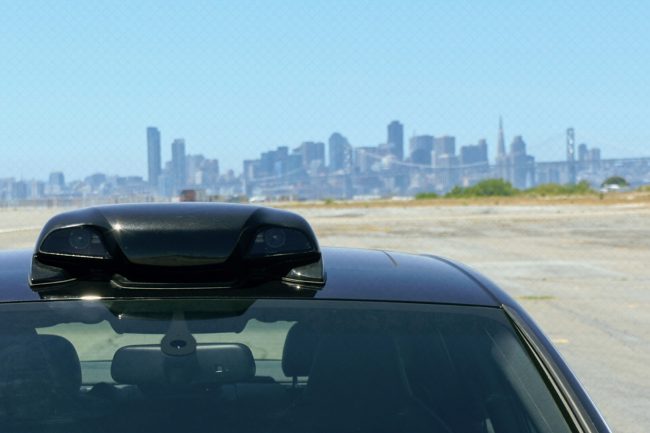 Recently, Cruise Automation tested their software for a driverless car in San Francisco after promising to make any car drive itself for $10,000. This software is designed as a computer controlled driving system  that can take over when the operator is behind the wheel. It can be turned on like cruise control, however with added capabilities that include braking, avoiding obstacles, and turning. The technology is not as sophisticated as Google’s design for a driverless car; currently the $10,000 system is unable to get from point A to point B, nor is it intended to be a complete replacement for a driver, yet.

Cruise Automation is aiming to be a more affordable option for those interested in self-driving vehicles. The technology allows the vehicle to stay within lanes by actually steering and slowing down when it sees obstacles through its array of sensors that are mounted on the car. Cruise’s CEO, Kyle Vogt, differentiated his company from Google in a statement saying his technology is different because Google is using a $100,000 research car and has an array of sensors that are not affordable to the common person.

Cruise Automation’s goal is to make everything in their service as low-cost as possible while still retaining good performance. Vogt asserted that everything on the car is priced like a consumer product. The Cruise Automation $10,000 kit that promises to make any car drive itself is named the RP-1. This kit can only be installed on two Audi models and can only be used in California, but once the prototype phase is complete the company plans to make the kit applicable to any care regardless of make or model.

The technology is a mix of custom designed sensors that are installed on top of the car, a computer system that is installed into the trunk to process data from the sensors, and actuators for the steering wheel, brake pedals, and accelerator. The system is activated by a button that is installed in the center console. The vehicle can be switched from manual to automatic driver in a moment’s notice. Cruise Automation promises not only to make any car drive itself for $10,000, but also create a global road data map as the technology becomes more and more popular.

The sensors map the route the driver is on. Once the route is mapped, the car can drive itself on the route easily. The company hopes as more routes are being mapped they can create the global route database as the driverless cars share their routes with each other. Cruise Automation is one of many companies that are experimenting with self-driving car technology. Their competition includes Google, BMW, Nissan, Mercedes-Benz, Ford, and Tesla.

Vogt has a history of success with computer start-ups throughout his career. He founded SocialCam, which was sold to AutoDesk for $60 million. He also founded Justin.tv and Twitch; the latter of which has been cited by observers to be Google’s next big acquisition with estimates of at least $1 billion. Vogt stated his interest in cars comes from both  a joy of driving and an interest in automating parts of it using computers.