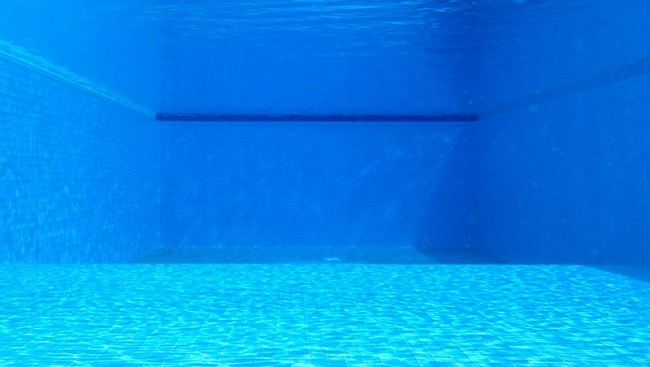 A rare phenomenon known as secondary, or dry, drowning may occur hours after a child leaves the pool, as water inhaled while swimming causes lung irritation and trouble breathing. The rare, potentially fatal, condition happens when someone breathes in small amounts of water during play, or a struggle. A person who has had a close call with drowning may be out of the water and seem fine to all appearances. However, hours later the person may experience trouble breathing, behavior changes, and extreme tiredness. It is particularly dangerous in young children.

WebMD says if any of these symptoms are spotted to go to the emergency room immediately, as prompt treatment is critical. Dry and secondary drowning typically occur  one to 24 hours after a struggle in the water, so it is easy to miss the signs, especially in young children who may be worn out after a day in the water. Parents are encouraged to watch for the symptoms, especially if the child has had struggles in the water. Experts say chemicals make pool water more dangerous, as they are an added irritant to the lungs.

In one incident reported to ABC’s Good Morning America last Friday, toddler Ronin Kujawa fell into the water of a spa at a pool party, and was whirled around by the jets. Mom Lindsay Kujawa pulled him out within about 20 seconds, and he seemed fine after choking up water. An hour later Ronin became lethargic and started to cough. At the emergency room the child was diagnosed with secondary drowning, hours after he was pulled from the pool. He still had fluid in his lungs and doctors said Ronin’s heart could have stopped.

The Pool Safely campaign and USA Swimming released statistics on Friday on drowning deaths in spas and pools in the U.S. According to their data there have already been 95 drowning deaths through May 31 in children under 14. Seventy-four of these deaths involved children under five. They do not track how many of these deaths were from secondary drowning.

Fluid in the lungs can interfere with the tiny air sacs movement of oxygen from the lungs to the bloodstream, causing pulmonary edema, which is excess fluid in the lungs. Dr. Paul Pepe, of the University of Texas Southwestern Medical Center, said although this is an uncommon scenario it does happen. He said three or four hours later children who fall into a pool can develop pulmonary edema even if rushed to the emergency room immediately.

The Centers for Disease Control and Prevention (CDC) does not differentiate between drowning and secondary drowning, so statistics on how often the situation occurs are hard to find, although WebMD says it is probably on 1-2 percent of all drownings. However, according to Pepe, drowning is the number one cause of deaths among children under the age of five. He says it takes only “the blink of an eye” for a child to get water in their lungs that can cause drowning. He said that in secondary drowning, pool water can damage the lining of the lungs, essentially causing lung failure hours after the child is out of the pool.