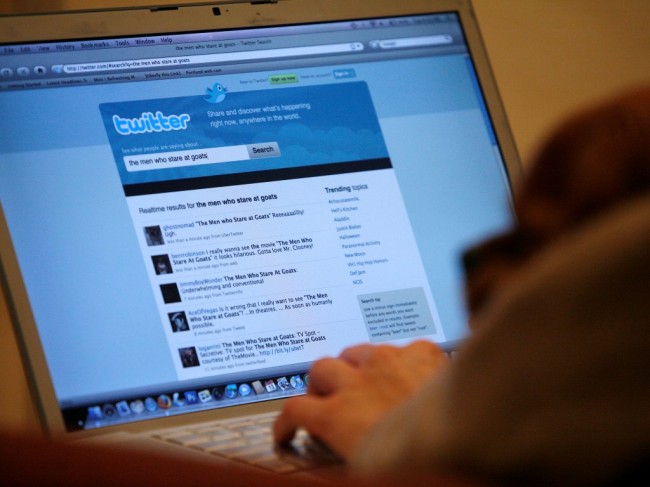 The Federal Bureau of Investigation (FBI) has proven that it is actually pretty bad at investigating with the release of an 83 page document to help employees decipher acronyms and other jargon on the internet. The list has nearly 3,000 entries that include acronyms commonly used on Twitter and other social media sites and the suggestion that it “should be useful in your work or for keeping up with your children and/or grandchildren.”

While it sounds like an informative list, the document actually contains laughable acronyms that are hardly ever used on the internet as anything more than a typo. This would be hilarious if  it was any other organization, like the Female Body Inspectors. But the FBI’s laughable Twitter language guide raises questions about its ability to do its job, use of taxpayer funds, and just who they questioned to compile it in the first place.

Unless the reader is a text-crazy teenager following the latest school fad, most of the acronyms in the document are downright useless. One such example is AMOG, which the guide helpfully tells the reader is an acronym for “alpha male of group.” In reality, the Washington Post reports that this is most commonly used online as a typo of the word “amor” or “amigo” in Spanish. Another example is BTWITIAILWY, which can also be rendered as BTWITIALIWU. Both translate to “by the way I think I am in love with you.” Once again, this is a rarely used acronym and has only been tweeted to the world about 500 times. Urban Dictionary, one of the internet’s authorities on modern slang, has the rather sarcastic sentence “it explains itself i use it all the time btwitiailwy [sic]” as its example of use. This is hardly a glowing recommendation of the word or of the FBI’s ability to provide relevant information.

These examples and the many others that lie within the 80 or so pages of the text prompt the question of just who put this list together. Was it actually a text-happy teen? The public may never know. Such a person would naturally be sworn to secrecy not just to protect national security but to prevent anyone from knowing that the FBI had to resort to employing a pubescent personage.

The document itself, however, may provide another, equally concerning answer as to the identity of the compiler or compilers. The introduction to the list which is found at the top of every page suggests that employees may want to use the guide in connection with their “children and/or grandchildren.” One of these parents or grandparents might actually have been the spearhead for this project, which would explain why it seems so tragically out of touch with actual internet slang. It might also explain why the guide references MySpace as a relevant social media site.

All joking aside, the list is surprisingly out of touch for a supposed intelligence organization. Most of the acronyms are strange and unusual, so unusual that they are hardly if ever used. The entry HCDAJFU, or “he could do a job for us,” has only been tweeted 25 times and if someone were to actually try to use it conversationally, almost no one except the creators of those 25 tweets, would have any idea what it meant. It is not as if these acronyms which are publicly used are some secret code used by criminals or spies.

Not only that, but the FBI’s laughable Twitter guide refers to social media in ways that are surprisingly dimwitted. The MySpace reference is comically out of date and the rest of the introduction is just as bad. It talks about “the advent of Twitter and other social media venues,” but most of those advents predate 2010. Twitter itself was founded in 2006. Facebook came into being in 2004, and the ancient MySpace was founded in 2003. Ten or so years on, the FBI finally has a list that belongs back in 2003 for all the use it is. As far as intelligence goes, that makes this list terribly out of date.

The only reason the public knows about the bureau’s attempt to understand the language of Twitter and MySpace is because of a Freedom of Information Act request which led to its release. That request, though, was directed towards documents on leetspeak, which is a type of online jargon drawing its name from the word “elite.” According to Netlingo.com, another website that defines and translates internet slang, leetspeak replaces regular letters with other keyboard characters to form words phonetically. The website has thousands of informative entries, including inane ones like BTWITIAILWY. Urban Dictionary is another source for internet language terms. Both are vast and user-generated, so they are generally more current than a less interactive database. This fact has a lot of people wondering why their tax dollars were spent on such an inferior guide.

Overall, this story should be raising serious questions in between the laughs it will create when people actually start to read the entries. The FBI is woefully out of touch with modern internet culture, which is where most modern culture happens in general.

What else is it out of touch with? In December of 2013, it was revealed that the hacker group Anonymous had hacked thousands of government computers and could access them whenever it wanted. This may be the kind of thing that the FBI does not have a handle on, if the MySpace reference is any indication of its grasp of how the internet works. At any rate, people know that Anonymous has a better handle on Twitter than the government agency does. The hackers have 1.2 million followers on the social media site, while the FBI has only 868,000.

There is no doubt that this list is good for a few laughs. BTWITIAILWY, AMOG, and HCDAJFU are the least of its comedy line-up. But it should not be forgotten that these are all laughs at the FBI’s expense and probably not a few taxpayers. The Federal Bureau of Investigation should not be doing a job that Urban Dictionary already does better and is available by way of a very simple Google search. If any of the organization’s employees want to know what their children and grandchildren are talking about, that is a better place to go than the FBI’s laughable Twitter guide.