Hurricanes With Female Names More Deadly Than Ones With Male Names 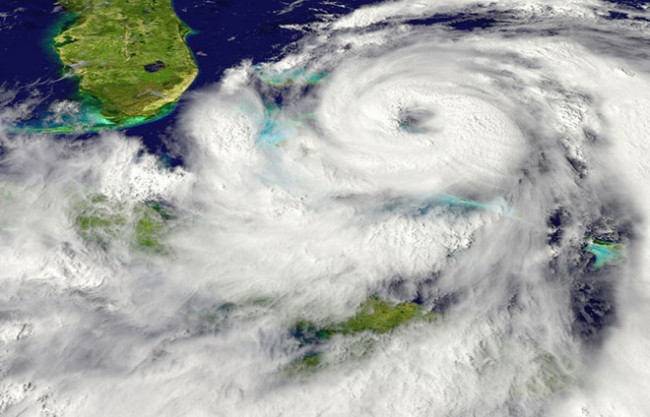 It has been reported that hurricanes with female names appear to be more deadly than ones that have male names and that is important to know since the Atlantic hurricane season officially began on Sunday. This year that means Dolly, Faye or Hannah might be on the way and they will not be as feared as storms with men’s names. That needs to change due to the recent research that has been done, it is time to start giving the stormy whirlwinds that have feminine names more respect than they are receiving at the present time.

University of Illinois researchers performed a research study and found that hurricanes which were given women’s names were more likely to cause a considerably higher number of deaths than those which had been given masculine names. The reason is not because the female termed storms were any stronger, but because they were perceived as being a lesser threat and so people were less prepared when they hit.

People who are in the path of severe storms that carry girlish names might be inclined to take fewer protective measures, which leaves them much more vulnerable to injury, according to the research study, which was printed up in the journal Proceedings of the National Academy of Sciences. It was penned by Sharon Shavitt, who works as a marketing professor and Kiju Jung, who is a doctoral student.

All Atlantic hurricane names alternate between female and male. This year they have decided to start out with the male name Arthur, followed by Bertha, Cristobal, Dolly, on down the alphabet, etc. The list is reprocessed every six years with the exclusion of 78 names that come from extremely severe storms like Katrina and Andrew. They are “officially retired” stated Dennis Feltgen, who is a spokesperson for the National Hurricane Center located in Florida.

The researchers scrutinized human fatality numbers for nearly 95 hurricanes which hit land in the United States between the years 1950 and 2012. They left out Hurricanes Katrina and Audrey because together they account for around 50 percent of all deaths from hurricanes in America since 1950.

They discovered that the more ladylike any storm’s name sounded in highly damaging storms, the more people it ended up killing. Volunteers took part in an online nationwide experiment. It was found that when the participants thought about being in a hurricane with a male sounding name, they predicted the storm would be much more powerful than a female named storm.

At the hurricane center, Feltgen explained that it did not matter whether the name was Sam or Samantha, the fatal impacts of the hurricane such as flooding, and severe winds must be taken seriously by everyone who is in the storm’s path in order to both protect and also save lives.

He added that it takes only one hurricane striking the wrong part of the country to produce great destruction and turmoil, no matter what the name happens to be. Since the Atlantic hurricane season officially began on Sunday, it is time to start giving the stormy whirlwinds that have feminine names more respect than they are receiving at the present time. They deserve the same respect and fear that male hurricanes receive.