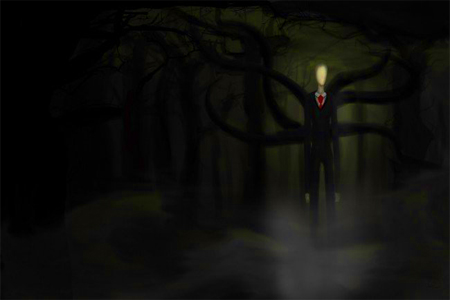 In recent reports over mainstream media, two 12-year-old girls were arrested for attempted murder. The inspiration for this attempted murder appears to be that of the urban legend known as Slender Man. In the year 2009 the supernatural being known as “Slender Man” made an appearance over the Internet. Slender Man is seen as a tall figure dressed a black suit with arms as long as his body. The facial features of this supernatural spirit are non-existent. Tentacles are said to protrude from his back and, when seen by the eyes of a living person, he uses those tentacles to snatch that person away where they are never to be seen again. It is said that the preferred prey of this apparition is that of children. Whilst he may be known as an urban legend, the one truth about Slender Man is that he is a fictional character.

According to reports, Morgan Geyser and Anissa Weier stabbed a fellow classmate with a kitchen knife 19 times, having planned the attack months prior to the attempted murder incident. Reports state that the 12-year-old girls were inspired to attempt the murder by Slender Man, saying that they were proving their “devotion” to the supernatural entity. Both girls believe that Slender Man is a real being and lived in a nearby mansion in a forest. According to criminal complaints, Weier and Geyser lured their classmate into the woods during a sleepover, telling the other girl that they were going bird watching and to play a game afterwards.

The victim was said to have been discovered by a bicyclist. The victim’s clothing was stained with blood and from there she was rushed to the hospital. Statements from the girls said that they were going to prove non-believers wrong and show them that Slender Man really existed. They also informed police that the fictional apparition is the leader of a website called Creepypasta. A creepypasta is said to be a short horror story created by fans. This can also be labeled as fan fiction. Creepypasta is said to be a site that is wildly popular among the teenage community. In response to the incident, the Creeypasta wiki admin stated that all the stories posted on the site and others similar to it are nothing but fiction, as are the characters.

Police statements say that while Weier felt some type of remorse from her actions, Geyser did not. It is said that Geyser was more reluctant to express regret in regards to her actions, telling police that “it was wrong, I guess.” According to police statements, the victim was said to have yelled at Geyser and Weier, telling them that she trusted them, even going so far as to call them her best friends. Some have asked where the parents were during this occurrence. Others have even questioned as to why the parents did not know of their daughters’ plans to harm the other. Both preteens are being tried as adults where they could be facing up to 65 years in prison.