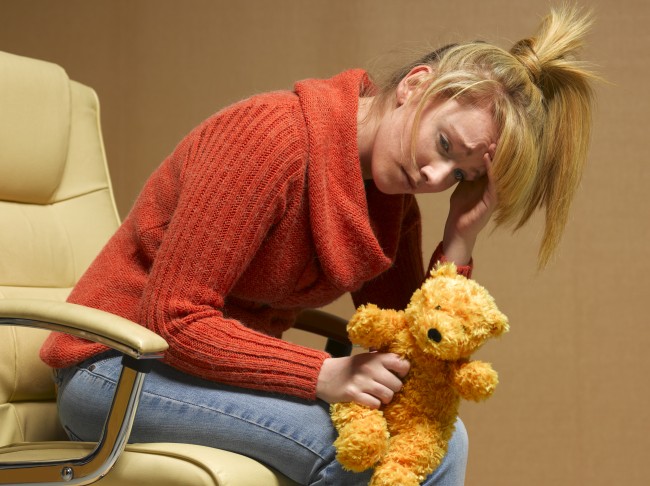 A new Australian study has shown that women are most likely to experience postpartum depression as much as four years after childbirth. The study, from the Murdoch Children’s Research Institute in Victoria, Australia, surveyed 1,500 women and found that 14.5 percent reported symptoms of depression when their child was 4 years old, compared to 10 percent at 12 months and 8 percent three months after birth.

In the study, Australian mothers completed questionnaires in early pregnancy, and at 3, 6, 12 and 18 months, and again at four years postpartum. The surveys assessed mental health and relationship status. The researchers found that the strongest predictor of  postpartum depression occurring at four years after delivery was a diagnosis of depression earlier, either during the first year postpartum or even during pregnancy.

Another study from 2013, published in JAMA Psychiatry, screened 10,000 women for postpartum depression and found that 14 percent had depression four to six weeks after childbirth, but that for a third of them it actually began during their pregnancy.

The Australian study found that women who had only one child were twice as likely to experience depression compared to women who had more children within the first four years, 22.9 percent versus 11.3 percent. The women who were most likely to develop postpartum depression four years after childbirth were the same as those at higher risk for earlier depression: young mothers, low-income mothers, mothers who were victims of abuse and mothers who had experienced stressful events or significant life changes.

Postpartum depression tends to be overlooked so many years after childbirth, as the symptoms associated with depression, including sadness, fatigue, irritability and anxiety, are the same emotions most moms with 4-year-olds experience. Dr. Carmaline Pariante from the Institute of Psychiatry at King’s College in London said that doctors should be asking mothers how they are coping when they bring their children in for routine checkups, vaccinations, and other appointments, and keep in mind that depression can hit at any point.

According to Pariante, the paper is not minimizing the importance of depression within the first few months after childbirth, but that women continue to be vulnerable to depression even as the children get older, due to the stresses involved in raising a child. He says the sooner these women can be helped the better.

The Australian study was published in BJOG: An International Journal of Obstetrics and Gynaecology. BJOG editor in chief John Thorp said that although much research as been done around mothers’ mental health, very little is known about depression after the first 12 months after childbirth.

Ian Jones, Professor of Psychiatry at Cardiff University said that medical services must be aware that the risk of depression does not go away after the postpartum period. He says depression after childbirth has “enormous implications” for women and their babies and families.

The researchers urge doctors to be aware that postpartum depression can occur much later after childbirth than previously thought, with nearly one in three first-time mothers reporting depressive symptoms at least once between pregnancy and four years after giving birth. Study co-author Dr. Hanna Woolhouse said that it is likely that the current systems of maternal mental health monitoring will miss more than half the women who are experiencing postpartum depression in the early years of being a parent.

Postpartum Depression Most Likely Four Years After Childbirth added by Beth Balen on June 16, 2014
View all posts by Beth Balen →