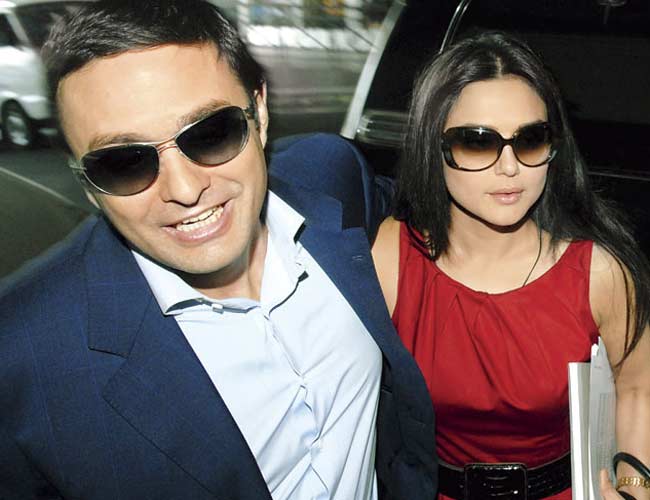 Recently, Bollywood actress Preity Zinta lodged a FIR of molestation against Ness Wadia. She has registered a police complaint against Ness Wadia, co-owner of King XI Punjab, and stated that he has attempted indecent acts towards her inside the Wankhede stadium of southern Mumbai. The actor also claimed that she feels scared due to the verbal threats of Ness Wadia. However, the 44-year-old businessman has refuted every claim made by the actress and termed them as baseless and false. Some sources of police from Marine Drive police station has informed the PTI that this complaint was filed because of the incidents that occurred on May 30 inside the stadium. This complaint was registered under the section of 354 of the Indian Penal Code, for outraging the modesty of a woman.

The obvious question asked to the actress was about the delay in approaching the police to file the case. She conveyed that she was out of the station when she decided to approach the law. She lodged the case as soon as she returned in the city. Mumbai police have already started the investigation planning to record the various comments and opinions of stadium staff as well as the IPL CEO, Mr Sundar Raman, in this matter. The National Commission for Women’s (NCW’s) chairperson, Mamta Sharma has said that the matter will be taken up seriously and the investigation will be carried out unbiased.

Preity Zinta has also said that Ness Wadia has threatened her that the result of the complaint will not be positive and he will make sure that Preity faces a considerable amount of trouble. He continued threatening and said, she is a person of minor importance, where he, however, is a powerful person with huge political support. The actress floated a very sensitive post in social media on Facebook and Twitter, that earlier, when Ness Wadia abused her, nobody used to protest. But the Wankhede stadium incident occurred in front of many people and so it should be protested publicly.

The accusation of molestation by Preity Zinta against Ness Wadia has shocked the world and the media. They were a couple a few years ago and decided to marry, but due to personal issues they backed out of the plan. It was a five-year long relationship, which ended just 2 years back. However, as per the opinion of senior Congress leader, Shobha Ahuja, it is irrelevant whether she has been in a relationship or not. If a crime has been committed, then that needs to be investigated. She further stated that similar rights must be given to women as well as a man, so impartial investigations should be carried out from now on.

The NCW will be gathering evidence by looking at CCTV footage from inside of the Wankhede stadium to further get into the details of the event. All earlier CCTV footage of the stadium will be checked by the police officials to get to the root of the matter. After accusing Ness Wadia of molestation, Preity Zinta said, that such incidents are not new. This sort of situation has occurred before where Ness Wadia was extremely rude and abusive to her. It happened during a group of players in February at Bangalore. The ruckus was so big that the IPL CEO Sundar Raman had to mediate between them.