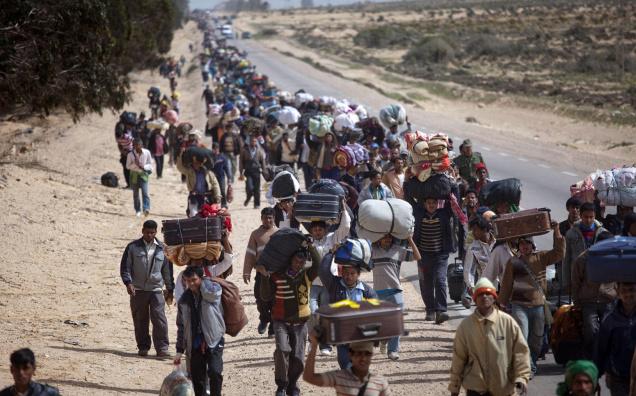 Refugee numbers across the globe are growing exponentially, adding up to a crisis with refugee numbers the highest since World War II. The huge surge in displayed people is due to war, persecution or even natural disasters, but the significance of these numbers is that the crisis is a reflection of the amount of strife surrounding the world.

According to a recent report issued last week by the United Nations High Commissioner for Refugees, more than 50 million people are currently classified as refugees, an increase of 5 million more than was reported just one year ago. Many of these people are children, and the majority has been in exile for more than five years.

“We are seeing the costs of wars and conflict,” said Antonio Guterres, the U.N. High Commissioner for Refugees.

According to New York Times reporter, Serge Schmemann, the increase in the numbers of refugees can be attributed in part to the war in Syria that began in 2013 and created nearly 8 million refugees or internally displaced people. Wars in Afghanistan and throughout Africa are also to blame.

“Other conflicts around the globe will swell the ranks of refugees in 2014,” said Schmemann.

These conflicts will likely include South Sudan, the Ukraine, and Iraq, explained Schmemann, and will add to current refugee crisis that boasts the highest numbers of refugees since World War II. Already, more than 1 million people have left their country because of fighting in Iraq, while thousands of more have been forced to leave their homes. In addition, more than 85 percent of the entire refugee population will end up in third-world or developing world conditions.

While the current centers of refugee activity are on the front pages of newspapers every day, other refugee hot spots are not. For example, Palestine reported nearly 17 million refugees. Regionally, the Asia and the Pacific account for more than 3 million refugees, Sub-Saharan Africa had just under 3 million, and the Middle East reported just over 2.5 million refugees.

“There is no response capable of solving the problems of so many,” said Guterres. 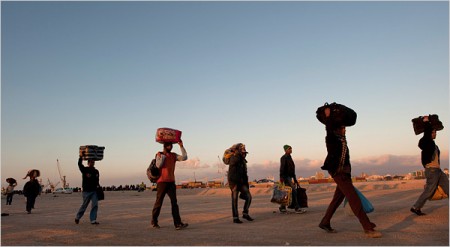 One solution, according to experts, is to call on the world’s wealthier nations to increase aid. This monetary-based solution is vital, explained Schmemann because money helps on the front lines where the basic necessities of food and shelter are desperately needed. In addition to volunteering financial assistance, allowing refugees to seek asylum in neighboring countries is also a vital ingredient in the basic first aid needs of the refugee. Schmemann outlined that Lebanon, Jordan, and Turkey have allowed large numbers of refugees to be absorbed into their borders since Syria erupted in war last year.

However, in addition to the practical responses to such a large crisis, the United Nation’s leader explained that there is an even more important element to the recent numbers of refugees. That is, it is obvious that wars and conflicts are costly, both in monetary terms and humanitarian terms. Avoiding these wars and conflicts needs to be a higher priority among world leaders.

From Afghanistan to Africa, conflicts have created the greatest numbers of refugees since World War II, and there are still more conflicts on the horizon. These are not good signs, explained Guterres, and with little substantive diplomacy taking hold, the refugee crisis will likely continue to grow.