By Kimberly Ruble on June 30, 2014Comments Off on Sperm of Older Men Possibly Been Proven to Be as Fertile as Sperm of Younger Men

The sperm of older men has possibly been proven to be just as fertile as younger men. Prior studies had suggested that older men’s sperm might have been lesser in numbers which could have resulted in possible fertility issues among couples that were attempting to conceive. However a newer study has possibly discovered that conception could depend more on the women’s fertility and less on what the age of the man’s sperm is. In fact, scientists believe that  age is most likely not a determining factor for sperm count or quality.

For the study, researchers studied information on fertility treatments and discovered that the sperm of men who were older were not any less effective than the sperm of younger males. Meenakshi Choudhary, who works at Britain’s Newcastle Fertility Center, stated that sperm quality instead of a male’s age is what matters. The results have shown, that up until the age of  45, there is very little effect of a man’s age on fertility outcomes.

Scientists looked at information that was collected from fertility treatment cycles which included sperm donation data from between the years of 1991 and 2012. The researchers looked at nearly 250,000 sperm donation cycles with almost 40,000 occurring within the first treatment cycle. They examined two different kinds of treatments:  in-vitro fertilization or IVF  and also artificial insemination.

Although a male’s biological age may not actually affect the quality of his sperm, older fathers still could be at risk for having children who suffer from birth defects but with even that, the group stated that the link between a man’s age and his sperm quality was completely under-reviewed so they started to look at more closely if a man’s age really did affect live birth rate from any fertility treatments.

Researchers first began to look at the rate of live births in females who had used IVF. They then compared these findings to those who received sperm from donors who were in their 20’s to women who had sperm donated from men who were in their 40’s. The findings showed that the success rates for the group who got the younger sperm was around 28 percent. yet those who received older men’s sperm was actually around 30 percent. When it came to donor insemination, the success rate was almost 10 percent for women who got younger sperm and was 12 percent for females who ended up with older men’s sperm. Those results were extremely surprising.

The team feels that what they found might have important implications for current recommendations that list the top age of sperm donors. In the United States, the majority of sperm donor banks have age requirements listed between the ages of 18 and 40. Some sites even have put the top age at 35. 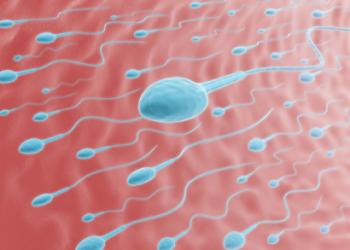 Researchers state that what they found out proposes that outcomes of fertility treatments which involved sperm donation  were more dependent on the quality of the sperm than the age of the donors.

Since female fertility is well known to drop off with the woman’s age, they first divided the lady study participants into two age groups: those who had been treated with donor sperm between the ages of 18-34 and those who were treated after the age of 37. They were then divided up again on the basis of whether they had been treated with IVF or donor insemination.

The researchers proceeded to next divide the sperm donors into six different age groups. They were as follows: under 20, 21-25, 26-30, 31-35, 36-40 and 41-45. It was discovered, unsurprisingly, that females who had been treated with donor sperm over the age of 37 had a birth rate that was 14 percent lower than women who were treated and were between the ages of 18 and 34, which was 29 percent.

However they discovered the age of sperm donors did not appear to affect live birth rates with women who had received sperm in the younger age group.

However, there was a difference  with women who had treatments over the age of 37. With older woman, the younger sperm donors seemed less likely to create successful outcomes than older donors.

Among older women who had IVF, the sperm donors under the age of 20 represented nearly a 12 percent live birth rate but with females aged 26-30, it showed a 17 percent live birth rate. Dr. Choudery believes that the findings show that sperm quality, not the donor age is what mostly influences the outcomes of fertility treatments. Prior studies had suggested that the older men might have been could have caused them to have lower sperm counts which might result in fertility issues among couples that were attempting to conceive.