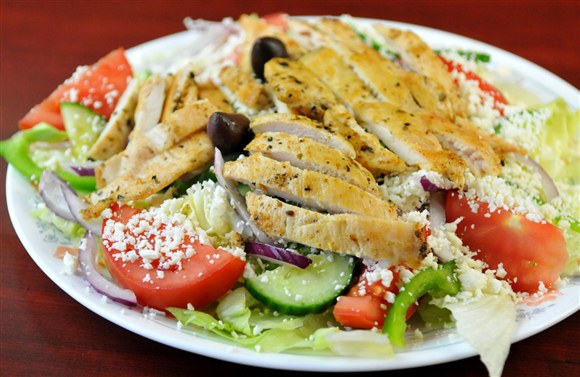 Stroke is a health concern that can strike anyone at any age and questions have been raised as to whether risk reduction is a real possibility. In times past, thrombosis seemed to occur only in the elderly. In more recent years, seizures have been documented in young adults and even some children. Researchers have been looking for evidence that would determine what puts an individual at greater risk for stroke, as well as what can be done to prevent it.

A group of scientists decided to review seven past prospective studies that involved 254,489 patients. This meta-analysis followed these participants for approximately 14 years. They had to periodically fill out questionnaires which enabled researchers to monitor their protein intake and to record any who had a seizure during the follow-up periods. What they found was that those who had consumed lower amounts of protein had a 20 percent greater risk of having a thrombosis than those who had consumed higher amounts of protein. Cholesterol levels and smoking were other risk factors linked as precursors for thrombosis,  which were taken into consideration. The results determined that protein has the ability to lower blood pressure, indicating that a high-protein diet was the reason for decreased risk of stroke in the study.

The online journal Neurology published the results of this meta-analysis. The study suggested that consuming a modest bump of 20 grams per day of protein could significantly reduce the risk of stroke. More specifically, if the protein came from fish, it is projected that more than 1.4 million deaths could be prevented worldwide each year, according to Xinfeng Liu, MD, PhD and study author from the Nanjing University School of Medicine in Nanjing, China.

Red meat consumption was closely looked at in two different studies in Japan, in which findings concluded that red meat increases the risk value for thrombosis. This increase is likely due to the saturated fat and cholesterol found in red meat. Although it is not necessary to avoid red meat altogether, it is encouraged that daily consumption should not focus on red meat as the main source for protein.

Dr. Liu did comment to Reuters Health that other factors to consider in stroke prevention include potassium, magnesium and dietary fiber, alongside the dietary protein. These were all taken into account. Dr. Liu also feels that it may be the omega-3 fatty acids in fish that are elemental in warding off seizures. Her belief is that fish would be the better choice of protein to add into the daily diet.

Overall, in addition to the two studies conducted in Japan, one took place in Sweden and four more occurred in the United States. Two of the studies focused on strokes that were fatal, while the others observed any kind of seizure. Although six of the studies showed that risk of thrombosis decreased as protein intake was increased, three of those studies felt that the relationship was somewhat weak. In conclusion, the review authors determined that the risk for seizure decreased by 26 percent when an extra 20 grams of protein was consumed per day. These studies did account for diabetes history as a risk factor for thrombosis as well as sex and age.

Dr. Arturo Tamayo, from the University of Manitoba in Winnipeg, studies stroke prevention and is cautious of these findings. He agrees that diet certainly decreases seizure risk, but remains concerned with genetic predispositions that can influence risk as well. Dr. Tamayo also encouraged other stroke factors to be modified, such as lack of exercise, alcohol consumption, hypertension, cholesterol, cigarette smoking and diet. Diet affects multiple diseases, he said, and recommends a Cretan Mediterranean diet high in whole grains, olive oil, fish and fruit.  His final comment was that the study did suggest a trend that increase in protein can be a positive factor in decreased risk of seizure.

According to the Centers for Disease Control and Prevention, there are approximately 800,000 people each year in the United States who suffer from seizures. Dr. Tamayo believes that diet education should begin early in life to establish strategies to prevent strokes, and further commented that this should be a global effort. Animal protein did appear to be a bit more effective than did vegetable protein, but it was not an extreme difference. A 26 percent reduction in risk of stroke is now more than a possibility, and seems real when associated with increasing protein in the diet daily by 20 grams. Twenty grams is equivalent to a three-ounce serving of chicken or fish or a cup of beans.