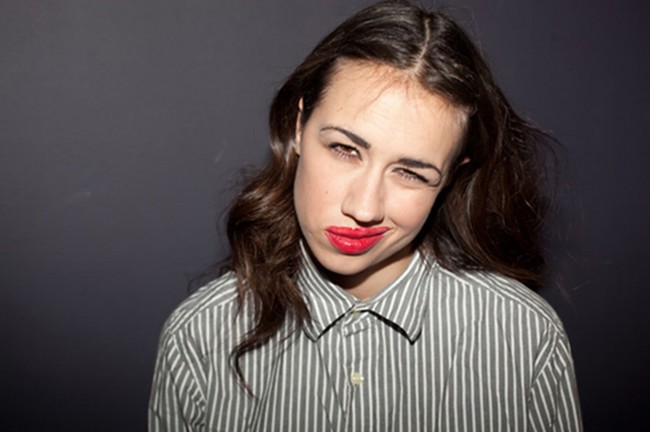 Colleen Ballinger uploaded her first YouTube video as alternate persona, Miranda Sings, in 2008 and it seems to be one of the smartest moves Ballinger could have made. Miranda is not pictured as one’s ideal image of a viral sensation, but once audiences caught a glimpse of the genius characteristics Ballinger presents with Miranda, they simply could not get enough.

Miranda Sings is a self-proclaimed celebrity singer, actress, dancer, model and magician whose signature look is messy hair parted down the middle with bright-red lipstick that accentuates her lips. Miranda is also known for the iconic side smirk she makes when modeling. She posts videos on YouTube every Monday and Thursday that she has renamed as “Miranday” and “Mirthursday.” Miranda’s videos entail various covers of music from all types of genres as well as commentary and opinions on current events. Ballinger provides an immense amount of comedy in these videos by making Miranda’s behavior socially awkward to the extreme and as unattractive as possible. When Miranda actually sings, it is always off-pitch and out of rhythm, but she commits fully to each off-the-radar performance she delivers.

Followers of Miranda find Ballinger’s performances incredibly hilarious and entertaining due to the fact that the character, Miranda, believes she is an exceptional performer in every way. Ballinger convincingly portrays the seriousness of Miranda in every single video she upload, which results in many YouTube viewers believing that Miranda is a real person who really believes she is an extremely talented performer. Ballinger has taken advantage of the viewers that remain ignorant to her persona by creating a segment in her videos where Miranda reads off various letters of fan mail and hate mail.

Miranda has entitled her fans as “Mir-Fan-das” and the majority of their fan mail is positive. Miranda can display her own ignorance at times by reading a message that is obviously a hate mail as a kind-hearted fan letter and thanking them for their comments. The hate mail segment proves to be immensely intriguing as Miranda reads supremely hateful messages aimed at her often commenting on her vocal talent and unconventional appearance. Ballinger’s brilliant performance as an offended Miranda tends to provide much amusement to her “Mir-Fan-das.”

The more Ballinger has Miranda sing, the more fame her YouTube viewers seem to give her. Miranda Sings has over 300 videos available on her YouTube channel with over 100 million views and over 1.5 million subscribers. Fan favorites include music videos of covers of popular songs that are filmed and directed by Ballinger and how to tutorials such as her infamous How to Twerk (Miranda Style) video. Some music videos of hers that have been received very well, or not so well depending on the eye of the beholder, include her covers of Starships by Nicki Minaj, California Gurls by Katy Perry and Gangnum Style by PSY.

Ballinger’s excellent marketing strategies have resulted in turning a seemingly ridiculous shtick act into a major moneymaker. She has literally created a career out of Miranda with tactics such as creating Miranda Sings merchandise. A few of the items available to buy include Miranda Sings bobble-heads, t-shirts, pants and cell phone cases, which can be purchased on her website. Ballinger has also created a live comedy act as Miranda that she updates constantly to pertain to the present music scene and current events. Ballinger has taken the show on tour around the world and has been consistently traveling and performing year round for the past few years.

YouTube has given Colleen Ballinger fame and fortune through her creation of the colorful character Miranda Sings. All of Miranda’s videos, as well as many of Ballinger’s videos of her legitimately singing can be found on Miranda’s YouTube channel under username mirandasings08 and Ballinger’s username PsychoSoprano.