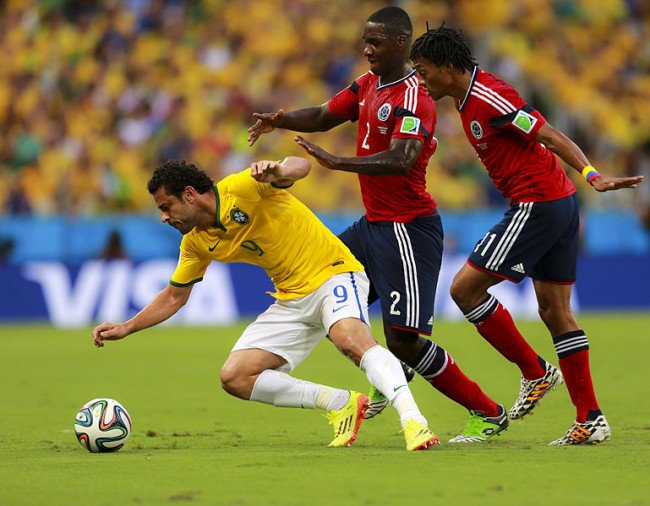 Fiorentina’s Juan Cuadrado appears to be in the sights of both FC Barcelona and Manchester United as each club ups the ante for his transfer. Coming off of a highly successful FIFA World Cup performance for the Colombian side with four assists and one goal, Fiorentina hopes to keep Cuadrado in the fold but reportedly will allow a transfer if the price is right. Fiorentina Director Daniele Prade has hinted that an offer of €50 million would be difficult to refuse. United has reportedly already offered €35 million for Cuadrado and Barca is linked to a €24 million offer. Based on Prade’s statement, whichever club is most interested in Cuadrado will need to crack open the bank vault a bit wider to secure his services.

Between Barcelona and United, the Red Devils seem to have kept a lower profile in their transfer discussions. Online reports indicate that Barca may have pushed Cuadrado to either make a formal request to Fiorentina for a move to the Catalan club or requested that he go on strike to force the Italian club’s hand. Cuadrado’s agent, Alessandro Lucci, denies that Barca attempted to orchestrate a transfer through any type of strike request, but he also confirms that Barcelona is not negotiating with either Cuadrado or Fiorentina at present. Some analysts suggest that Cuadrado is put off by Barcelona’s tactics and the Barca moves create an opening for United, but others note the Colombian’s preference for Champions League play, which tilts the scale back to Camp Nou.

Given that Lucci acknowledges negotiations with several clubs, Cuadrado would appear receptive to a move from Italy. If he wishes to remain with Fiorentina, he could simply instruct Lucci to negotiate the best salary possible with the Italian club and merely use the interest from others as salary leverage. The existence of negotiations hint at a desire to move to either the Premier League or La Liga.

Both FC Barcelona and Manchester United appear to have the financial wherewithal to up the ante in order to secure Juan Cuadrado’s transfer. Forbes reports that Barcelona was able to garner €530 million in revenues this past season. Like United, they are becoming increasingly sophisticated in locking down advertising and business partnership revenue streams. United reportedly put together a £150 to £220 transfer window budget and Ed Woodward has said they could break Premier League transfer spending records in order to secure desired players. Louis van Gaal looks to be evaluating his existing talent pool for its ability to play in his system and a transfer wave could be coming. In any event, the Red Devils are reported to be increasing their offer to Fiorentina for Cuadrado to €38 million. Some suggest that  €40 million is enough to secure Cuadrado, which could mean that the €50 million figure tossed out by Prade was posturing and wishful thinking.

FC Barcelona and Manchester United have both expressed interest in Juan Cuadrado according to all accounts and the club which ups the ante to come closest to Fiorentina’s asking price will likely secure his services. Whether Cuadrado was actually turned off by rumored actions on behalf of Barca remains to be seen. What is certainly known is that the Colombian winter is in high demand and any club securing his transfer will pay dearly for him.