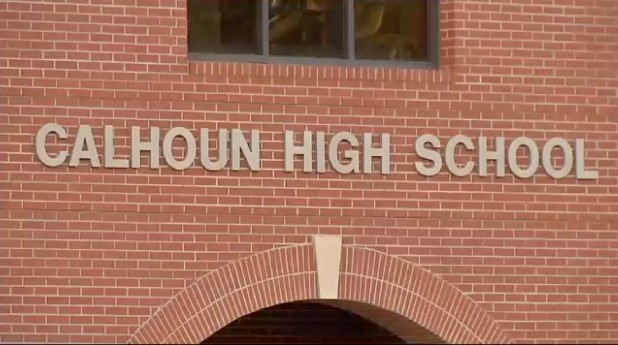 A Gilmer County Grand Jury charged three Georgia teens with aggravated sexual assault for the rape of a fellow high school student that left the victim hospitalized. On May 11, in a cabin at the Coosawattee River Resort in Gilmer County, a young high school girl was the victim of an aggressive, non-consensual sexual assault perpetrated by multiple young men whom she could not identify. The cabin was rented for an after prom party which was held the previous night.

Deputies later took Fields Chapman, Avery Johnson, and Andrew Haynes into custody after they turned themselves in and confessed to the rape to Gilmer County Sheriff Stacey Nicholson. Glenda Sue Johnson, clerk of the Gilmer County Superior Court, stated that Chapman and Haynes were also indicted on sodomy charges, and Chapman was the subject of a separate 28-count offense of the sexual exploitation of a minor. Chapman had digital images and video of a minor engaged in sexually explicit conduct.

According to incident reports from The Atlanta Journal-Constitution of the Calhoun police, Haynes and Chapman were arrested months prior for underage drinking charges. All three suspects played sports for Calhoun high school.

Chapman was on probation during the alleged rape charge sheriffs told the AJC Calhoun City School officials. The three seniors are now banned from the graduation ceremonies. Nicholson assured observers that they were very thorough in their investigations, citing that they interviewed over 50 witnesses. Nicholson stated that case has been very emotional for the city of Calhoun and Calhoun high school.

The victim stated that she was unable to remember any of three teenagers who were responsible for the rape that left her hospitalized. Nicholson told that her injuries were substantial. District Attorney Alison Sosebee made it clear that aggravated sexual battery is punishable with a 25 year sentence.

The three seniors are all 18 years of age and were under the influence of alcohol during the incident, so they are also facing underage drinking charges. The rape victim stated that the party in the cabin, which involved 20-25 students, was out of control and alcohol was consumed heavily by the majority of the celebrating high schoolers. She passed out in a bathroom at around two am. Nicholson stated during a news conference that aggravated sexual assault means that the victim was penetrated with a foreign object.

The sheriff of the county expressed that he intends to charge all those at the party who were drinking with underage drinking penalties. He said that all of the attendees were under the age of 20. According to online records, the three teenagers who were charged with the rape that left the female victim hospitalized were booked, and each later posted a $51,000 bail and released.

The victim is now under medical care and has been committed to therapy due to the trauma of the whole ordeal. Several students who were drinking at the party were not subjected to felony charges due to their unsolicited, voluntary support in the case.