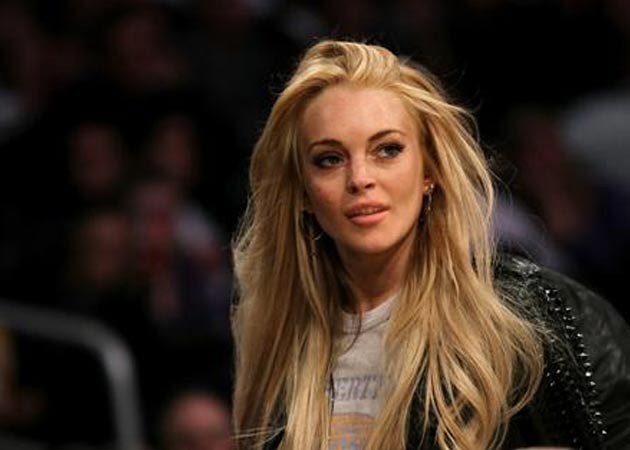 Lindsay Lohan is back in the tabloids this week, but not for any of her own scandals. The rehabilitated celeb vowed to turn over a new leaf and remain low-key. However, she can not seem to avoid the immense publicity that appears to follow her. Reports confirmed that Lohan is suing the makers of the Grand Theft Auto V video game. The Mean Girls actress alleges that the latest installment of the popular crime simulation has created a character with her likeness. She also claimed some of the game’s scenarios are based on her personal real life experiences.

The former teen star filed the lawsuit in Manhattan Supreme Court this morning. Wednesday also marked Lohan’s 28 birthday. The suit filed against Take-Two Interactive Software Inc. claims that GTA V’s character, Lacey Jonas was created based off the model’s image without any notification or requesting for her consent. The suit also alleges that GTA game makers were able to duplicate Lohan’s signature fashion styles, by using attire that was available for public sale two years prior to the game’s distribution.

According to court papers, “The portraits of the Plaintiff incorporated her image, likeness, clothing, outfits, ensemble in the form,” of Lohan. Take-Two Interactive Software neglected to comment on the suit. Take-Two spokesman, Alan Lewis stated that the software company’s policy is not to comment on legal issues. The highly publicized entertainer is not the only celebrity actress suing the multi-billion dollar company. Former Mob Wives star, Karen Gravano filed a lawsuit back in February against the makers of Grand Theft Auto. Gravano’s suit is still pending.

The reality tv star’s suit is seeking $40 million. Half of the money requested is for punitive damages while Gravano’s legal team requests the other half be awarded as compensation of sales. Similar to Lohan’s suit, Gravano is also alleging Grand Theft Auto game makers created a “ripped off” character based off her likeness and life. According to Thomas Farinella, the plaintiff’s lawyer the GTA V’s character, Antonia Bottino is based on Gravano. The mafia infused game replicates the story of Gravano’s father. Farinella claims the character; Sonny Bottino is the former mob underboss, known as Salvatore aka “Sammy the Bull” Gravano. Gravano’s father became an FBI informant and helped infamously implicate John Gotti. The storyline is paralleled in the video game. The Antonia is also instructed not to join the reality cast of the in-game show Wise Bitches, which is viewed as a direct satirical reference to Mob Wives.

Lohan feels she should be compensated for the character development of Lacey. Grand Theft Auto makers have created eerily similar visuals and story-lines to that of the former Disney star. The game features the Chateau Marmont, a West Hollywood hotel that banned Lohan after she ran up a $46,000 tab and was unable to pay. The game also features the Jonas character trying to escape from the paparazzi and lists accomplishments in line with that of the troubled actress. The image of the character is also almost a duplicate of the peace sign selfie, the former playboy poser posted on social media wearing a red dress. There is no clarity as to what the outcome of the suit will be, but expect Lindsay Lohan to be ready for a fair game once she and Grand Theft Auto’s makers hit the courts. Take-Two made $1 billion off the Grand Theft Auto V in just three days.