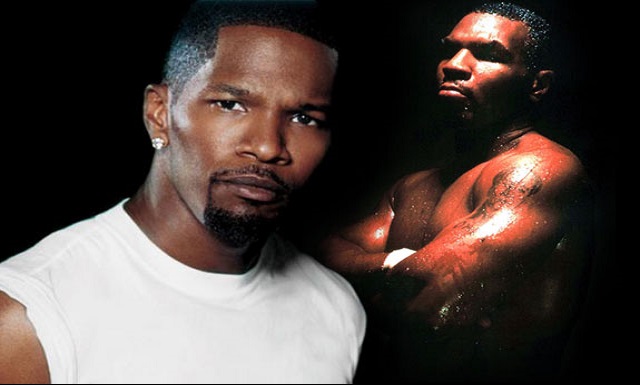 Former heavyweight champ Michael Gerard Tyson talks with Oscar-winning actor Jamie Foxx about collaborating on a possible biopic centered on his life. Tyson said Foxx who is splendid for the role, has agreed to take it on. Currently Tyson is on the road promoting his one-man show, Mike Tyson: Undisputed Truth and is already making preparations to tell his life story on the big screen.

The heavyweight’s 90-minute personal documentary gives an unvarnished account of the ups and downs of his life. It covers his troubled childhood, his famed boxing career to include time in prison and issues with addiction. This one-man stage show is directed by Oscar-nominated filmmaker Spike Lee was also turned into a HBO special which first aired late last year.

Tyson was born on June 30, 1966 in Brooklyn, New York. By the age of 20 he had become the youngest heavyweight boxing champion of the world. However, a lot of despair had coupled Tyson’s life between his birth and the championship. As a young boy he was a tough street hustler who landed in reform school after being arrested more than 30 times. His life as a child was very sad. He had an absentee father and was a short chubby kid with a lisp.

Tyson, who was small and shy, was often the target of bullying as a child. In order to combat this he developed his own style of street fighting which led to a host of criminal activity. During his pre-teen years he was already part of a gang known as Jolly Stompers. Fellow members gave him the charge of cleaning out the cash register while older members would hold victims at gunpoint. Tyson’s petty criminal activities, before the age of 13-years-old, resulted in over 30 arrests for the young boy. 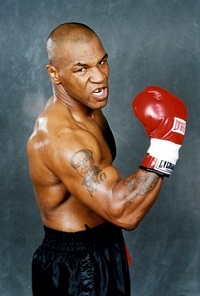 As a result of Tyson’s behavioral issues he was forced to attend a reform school in upstate New York called Tryon School for Boys. It was here that he connected with a counselor named Bob Stewart. This counselor had been an amateur boxing champion and this sparked great interest for the troubled young boy. Tyson asked Stewart to teach him how to box and the counselor agreed only if Tyson worked harder in school and promised to stay out of trouble. Young Tyson stepped up to the challenge and the rest is history.

By 1986 Tyson had turned his life around and perfected his craft. The boxer had earned a 22-0 record with 21 of his wins by knockout. Later in the same year Tyson won the title for the World Boxing Council heavyweight championship by a knockout in the second round. Mike Tyson became the youngest heavyweight champion in history.

The former champ lost the title in 1990 and three years later he was accused of rape and ended up in prison. Due to the strict laws in Indiana Tyson was immediately sentenced to six years in jail. After serving three years incarcerated, this troubled man was released back into the “wild.”

Well over a decade later at 48-years-old and retired, Tyson has turned over a completely new leaf. He is not the same intimidating guy he was during his younger “champion” years. The former heavyweight boxing champion of the world insists that guy of yesterday no longer exists. Tyson is now sober, mellower and when speaking of his current status said,

Tyson said he happy that Jamie is willing to portray him on the big screen. Tyson said he has no doubt Foxx will do a magnificent job. Right now Foxx does not have the physicality but he will; getting bulky is something the actor is capable of doing in the future. The two plan to brainstorm about it further real soon.