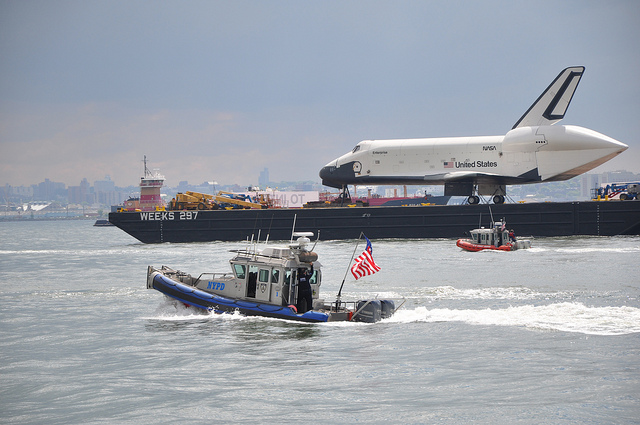 NASA’s number one priority, according to section 102 of the Space Act of 1958, was to expand human knowledge in the atmosphere and space through various programs designed to develop the materials needed for space, as well as for exploring and educating those in the U.S. and abroad about discoveries. It spawned from Russia’s launch of Sputnik in October 1957. In the midst of the Cold War, the Russians could not outdo the United States.

Known as the space race, space exploration materialized out of the constant back and forth between the Soviet Union and the United States. After World War II, the Department of Defense attempted to ensure that the U.S. was the leader in technological advancements. Programs in research and rocketry were designed with that objective in mind. As soon as President Dwight D. Eisenhower approved the plan to develop and design a satellite that would gather data about the earth, the Soviet Union quickly announced their own plans to develop and launch a satellite.

The 1950s and the early 1960s saw missions to the Moon and other planets by the United States. On Oct. 1, 1958, NASA officially began operating with 8,000 employees and a budget of $100 million annually. The purpose was still to educate the nation about aeronautics as well as to possibly find ways for humankind to visit the moon and other planets.

Since then, they have created centers around the country where the public can experience what a shuttle launch feels like, meet an astronaut or participate in an astronaut training experience. Geared towards children, educators and anyone interested in space, these programs bring NASA education to life through interactive exhibits and lessons.

For the past 10 years, the Key Peninsula Middle School has been a NASA Explorer School. Located in Washington State, these students have enjoyed a special relationship with NASA over the past decade. They have visited NASA sites and student-made equipment has made it on to vehicles flown in space.

The winning proposals were innovative in their approach to using NASA in a supportive role at elementary, secondary and post-secondary levels of education. Salish Kootenai College (SKC) will receive one of the grants valued at about $1 million. Specifically their plan is to create an introductory college course about climate change to better expand the knowledge of tribal communities. Once completed SKC will share their knowledge with tribal high schools, colleges and communities across the country.

NASA sometimes leaves the comfort of space exploration. This time, as part of a global initiative to predict earthquakes, NASA will be installing earthquake sensors that talk to satellites at several Alaskan schools as part of an education program, including Kodiak High School. Students will work with these programs directly alongside scientists.